Outcry Over Women’s Safety in Kenya

A woman’s bristling screams as she’s attacked by a mob have sent shockwaves through Kenya at the magnitude of sexual violence against women in that country, writes Judy Waguma. 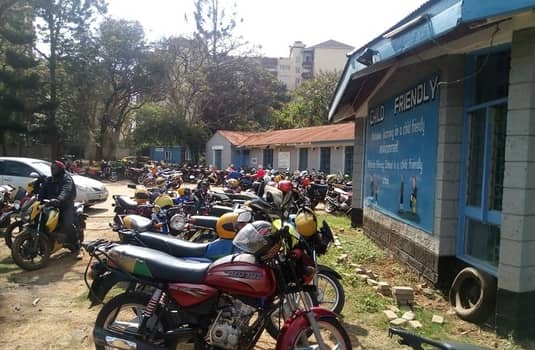 On the eve of International Women’s Day 2022, a Zimbabwean woman diplomat driving along Wangari Maathai Road in Nairobi, Kenya, hit a bodaboda (motorbike) rider, an accident that resulted in other bodaboda riders swarming her car and assaulting her. Formerly Forest Road, the street was renamed Wangari Maathai after the Nobel Laureate, a Kenyan environmentalist and feminist icon.

The video which went viral on social media starts with a multitude of men running after and scrambling to access the woman’s car. The woman is heard screaming and she struggles with the rowdy young men as they tear her dress open and grope her as they try to yank off her seatbelt. She was subsequently rescued by traffic police.

Immediately after the assault, the Federation of Women Lawyers in Kenya took to Twitter: “We strongly condemn the recent acts of violence on a young woman at #ForestRoad by rogue bodaboda riders. We call on @NPSOfficial_KE to ensure all the perpetrators are arrested and brought to book. We shall work with authorities to ensure justice for the lady.  #EndGBV.”

The Federation organised a peaceful procession condemning the violence and issued a petition to the Inspector General of police demanding they ensure women’s protection and security in the country as well as curb the rogue bodaboda riders.

Joining Kenyans in condemning the cruel and heinous attack, Chief Justice Martha Koome said in a statement, “I hope that the perpetrators will be apprehended and processed through the criminal Justice system in a systematic manner observing careful considerations of criminal investigation, prosecution and efficient judicial management of any preferred case in accordance with the tenets of the constitution and the rule of law.

“As a woman and a Kenyan citizen, I decry this act as barbaric and requiring the highest legal attention,” Koome continued. “Kenyan women, girls and indeed citizens must feel protected and safe in their own country. This is a priority that we must continue to pursue, each agency committed on its part to stem sexual and gender based violence.”

According to the Human Rights Watch 2021 report, I had nowhere to go, one in two women in Kenya reported that a woman they know has experienced a form of violence.

While responding to questions regarding the attack, Dr Fred Matiangi, Cabinet Secretary, Ministry of Interior and Coordination of Kenya’s National Government said, “For the foreigners, I keep telling them that Kenya is better than this. That is an incident that involves some people, they don’t represent us, that is not Kenya, those are deviants like they are in other societies.”

Since the attack over 200 bodaboda riders have been arrested and their motorbikes impounded. Only 16 of these were directly linked to the attack; the rest were arrested for flaunting traffic rules. According to the Bodaboda Safety Association of Kenya, there are an estimated 1.4 million bodabodas in the country, with the industry employing 1.2 million Kenyan youth.