Two South African universities are in this year’s top 10 on the Times Higher Education university impact rankings and have been commended for “reducing inequalities”. Tania Broughton reports. 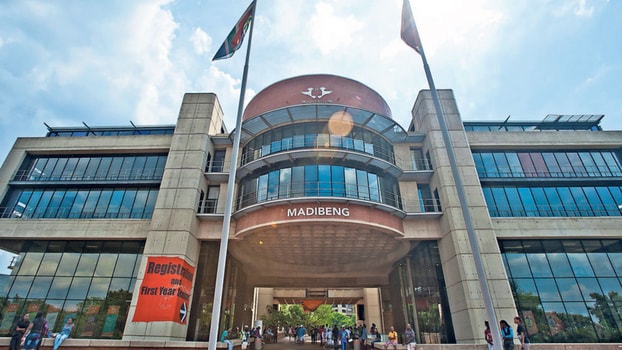 They are educating the next generation of leaders, and that is why universities must be held to account on how they are breaking down barriers and creating opportunities for under-represented groups.

UJ media liaison Herman Esterhuizen told Africa Legal that the institution was born out of the merger of Rand Afrikaans University, Technikon Witwatersrand and Vista University in 2005.

“Credit must go to UJ leadership, staff and students for the vision, strategy and hard work which has resulted in this ranking.

“We adopted a vigorous transformation agenda - the most important challenge was to create a single institutional culture recognising diversity out of the divergent cultures brought about by the merger.”

It has not been easy: But the fruits are now beginning to show. These include executive appointments from designated groups and a very low turnover of staff at senior and executive level, a sign of job satisfaction.

“Most visible has been the rapid expansion of the racial profile of our student body and growth of UJ’s overall student success rate,” he says.

“UJ is  committed to making quality education accessible to students and to ‘enable’ our needy students such as - providing  financial aid, meal assistance and transport.”

The University of the Western Cape’s Rector and Vice-Chancellor, Professor Tyrone Pretorius said UWC has been “punching above its weight” for six decades.

“This ranking affirms that the university is meeting its goal of working towards a more equal society through its teaching, research and community engagement. “

He said the university epitomises the notion that institutions of higher learning are a microcosm of society, and mirrors a myriad of South African societal dynamics – including inequality.

“UWC has established an extensive network of support structures – some of which date back more than 20 years – to ensure that every student has an equal and fair chance of graduating. “This goes a long way to breaking the cycle of intergenerational poverty.”

He said the university grapples with complex issues facing the world in the twenty-first century - issues like climate change, poverty, inequality and the clash of cultures.

“Today we have seven faculties. We produce more than half of South Africa’s oral hygienists and dentists each year, we have top researchers working on the largest and most powerful scientific instruments in the world, and engage with matters that matter to society.”

“With more than 20 000 students, we take pride in preparing people who can adapt to, engage with and think deeply about the opportunities and risks available in a rapidly-changing world.

“We’re graduating citizens of the world.”