Securing permission to search for oil off South Africa’s coast might not be as cut and dried as first thought following a new legal challenge, writes Tony Carnie. 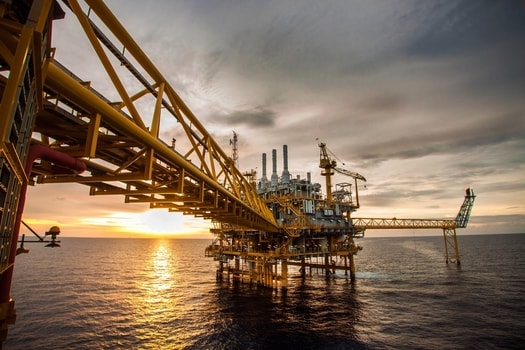 Plans for a major oil and gas drilling venture off the South African coastline have hit a legal roadblock after a marine conservation group lodged an appeal against drilling plans by the Italian oil multinational Eni and the SA energy and chemical giant Sasol.

Environmental attorneys Kirsten Youens and Adrian Pole from the port city of Durban sent a formal appeal to SA Environmental Affairs minister Barbara Creecy this week, arguing that a green light for Eni/Sasol drilling would set a “dangerous precedent” for marine conservation and possibly open the floodgates for an “onslaught” of oil and gas exploration off South Africa.

In a 147-page appeal sent to Minister Creecy’s office, the marine conservation group WildOceans asked her to overturn the authorisation granted in August to Eni and Sasol to drill up to six deep-water oil/gas exploration wells off the East Coast of SA.

The group argues that the environmental impact assessment (EIA) study, conducted on behalf of Eni and Sasol, failed to consider the potentially “catastrophic” consequences to the marine environment in a worst-case scenario oil spill such as the Deep Water Horizon off the Gulf of Mexico in 2010.

“The granting of this authorisation opens the door to an onslaught of applications throughout the entire Exclusive Economic Zone without the necessary baseline assessments and knowledge that is required to properly understand the potential impacts of oil exploration off our volatile coastline. It is effectively telling the world that we are ‘open for business’ without taking into consideration the long-term ramifications of doing so,” Youens and Pole argued.

Currently, oil and gas production off South Africa is largely restricted to a small section of ocean near Mossel Bay - in contrast to neighbouring Mozambique where Eni and other oil majors such as Anadarko, ExxonMobil and Sasol are hoping to ramp up production following recent natural gas discoveries.

Five years ago, former President Jacob Zuma unveiled plans to drill at least 30 deep-water oil and gas exploration wells within a decade, as part of the “Operation Phakisa” plan to exploit offshore fossil fuels along the 3 000km coastline.

WildOceans argues that the “worst-case scenario” oil slick simulation was restricted to a short-duration oil blowout and was not site-specific. It also failed to take account of oil being spread much further and faster by the mighty Agulhas Current.

“Comparing the drilling conditions in northern Mozambique with drilling off the east coast of South Africa is not appropriate . . . the Agulhas Current is the strongest western boundary current in the world, and combined with the deep, extremely rough sea conditions of the South African east coast comparing it to drilling in the relatively sheltered Mozambique channel is illogical,” said Youens and Pole.

“The appellant contends that that climate change is not only a relevant consideration but a vital consideration when granting an environmental authorisation that relates to the exaction of fossil fuels. To have any chance of meeting the Paris 2°C target, carbon emissions around the world need to be decreasing rapidly.”

In response to previous media queries on the exploration project, Eni stated that the company “applies the highest operational and environmental standards, which often exceed local compliance regulations”.

Creecy has given Eni and Sasol until November 11 to respond to the all grounds for appeal submitted by WildOceans and 46 other appellants.

NOTE: Because Creecy is the official appeals authority for environmental decisions made by government, appellants are required to exhaust all administrative remedies before they can turn to the High Court for relief.