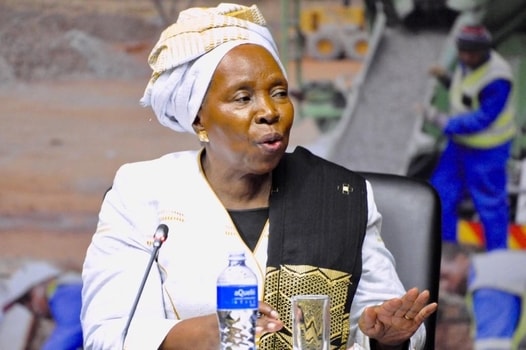 A South African judge has declared a swathe of Covid-19 lockdown regulations to be irrational, unconstitutional and invalid -  but also granted a two-week window to President Cyril Ramaphosa’s government to reformulate them to pass constitutional muster.

In a ruling handed down on Tuesday (June 2), Pretoria High Court Judge Norman Davis said examples of irrationality in the lockdown rules were "too numerous to mention", but he highlighted examples such as:

Davis said if the government wanted to reduce the number of people exercising in close proximity to each other, then the regulations should say so - rather than via arbitrary prohibitions on how exercise was organised.

Dlamini-Zuma – a former health minister known for her strong anti-tobacco stance – has also come under fire for imposing a strict ban on cigarette sales during lockdown, arguing that smokers were more likely to contract and spread the disease.

Judge Davis said he would not make a ruling on the tobacco ban as a full bench was due to hear a separate legal challenge on that issue next week.

However, he commented that: "I failed to find any evidence on the papers that the Minister (Dlamini-Zuma) has at any time considered the limitations occasioned by each (of) the regulations as they were promulgated, on the constitutional rights of people . . . The starting point was not: ‘how can we, as government, limit constitutional rights in the least possible fashion whilst still protecting the inhabitants of South Africa?’ but rather ‘we will seek to achieve our goal by whatever means, irrespective of the cost and we will determine, albeit incrementally, which constitutional rights you as the people of South Africa, may exercise’.”

Davis said that while the right to life was one of the most fundamental rights entrenched in the Bill of Rights, an equally anguishing conundrum created by the pandemic was the resultant choice between "plague and famine".

The judge said he was mindful of the fact that the Covid-19 danger had not passed and creating a new regulatory void might lead to unmitigated disaster and chaos. Therefore - despite the shortcomings – the regulations should remain in place for two weeks while Dlamini-Zuma and the national executive revised the irrational aspects.

Davis also commented that during previous flood disasters, soldiers had been deployed to rescue and to help the public, whereas during the Covid crisis they were now patrolling the street with machine guns.

The full judgement is available here