“Driven” is the word Nigerian lawyer Funke Adekoya SAN uses to describe herself. That tenacity has seen her soar in her 45-year-long-career, despite the odds. Tania Broughton reports. 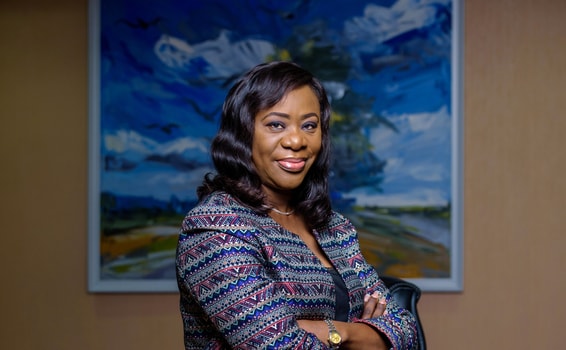 Adekoya, a partner at ǼLEX - one of Nigeria’s most prestigious law firms - was drawn to law when her father decided to study it when she was a child.

“I listened to his tales of Mrs Donoghue finding a dead snail in her ginger beer bottle, water that escaped from Mr Fletcher’s reservoir on to Mr Ryland’s property and Mrs Carlill’s purchase of carbolic smoke balls in order to avoid catching flu.

“I thought how exciting and interesting law must be!”

Adekoya said she loves theatre so the “wig and the gown was an added attraction”.

So law it was to be.

She graduated with honours when achieving her LLB in 1974 at the University of Ife and was called to the bar the following year. After that it was to Harvard Law School for her LLM.

In 2001 she was elevated to the rank of Senior Advocate of Nigeria (SAN), (the fifth woman to be given such an acknowledgment in Nigeria at that time) and became a solicitor in England and Wales in 2004.

Her focus has been commercial litigation, corporate dispute resolution, business turnaround and corporate insolvency and competition law and policy.

The cases she has handled are a far cry from those her father used to tell her about.

She has advised offshore counsel on issues of Nigerian law and has appeared as an expert witness on Nigerian law in matters before courts in England, the United States of America, Turkey and Italy.

She has represented a major estate development company in a multi-billion Naira claim over its reclamation of prime real estate in Lagos State. She has also represented a Russian conglomerate in an action for conspiracy and tortious interference with the bid process of a Nigerian aluminium company.

She is known for being feisty, outspoken about corruption and having a “strong court presence”.

It’s not been easy.

“Staying in active legal practice for the last 45 years in spite of all the odds that beset a woman practicing law in the private sector in Africa must be my biggest accomplishment. The social obligations of wife and mother as well as the cultural restrictions placed on women in Africa do not make it easy,” Adekoya says.

“Thankfully it is easier now. Current economic realities have forced family and in-laws to accommodate the demands on the time of women in private legal practice.

She has received recognition for her work: being named as the most outstanding female practitioner of the year in 2007 and, more recently, winning the Women in Law category in a “Seven Wonder Women Awards” competition.

But she remains “irritated” that the profession still insists on referring to female lawyers as ‘gentlemen’ and to lady judges as ‘My Lord’.

“Even more annoying is that, in spite of the large number of women in the judicial arm of government, many still want to be called ‘My Lord’ rather than ‘My Lady’ or ‘Your Ladyship’. I see this as a refusal to recognize the major contributions that women have made and continue to make in the legal profession.”

Adekoya has, of late, shifted her focus and is seen less in the wig and gown and more often in the “less theatrical dress code” of an arbitrator or arbitration counsel appearing before a tribunal.

Next month she will receive recognition for her work in this field, being one of the first two recipients of the Hall of Fame Award 2019, the highest honour by the Africa Arbitration Academy.

As a disputes resolution practitioner, she sees big opportunities in expanding the ADR footprint in Africa.

“With increasing congestion in many African court systems, it is time we reverted to our traditional mode of settling disputes by mediation,” Adekoya says.

“This is an area of potential growth for legal practitioners.”

Her advice to new business players in the African market is to use lawyers from the start, do due diligence on potential partners, the regulatory requirements and the climate.

“Too often the lawyer's office is the last port of call rather than the first. If it was the reverse, they may never need my services as a disputes resolution lawyer!”