Two financial services companies have failed in their legal bid for permission to employ foreigners, who speak the languages of their clients, to man their call centres in South Africa, reports Tania Broughton. 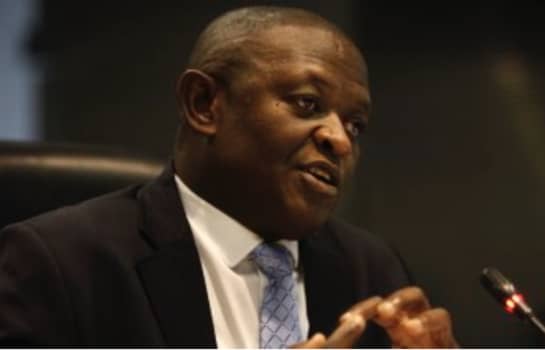 In a recent ruling, Western Cape High Court Judge Daniel Thulare says this would amount to discrimination against “unemployed, poor, black” South Africans who, in spite of the promises of the Constitution, were still be excluded from the “engines and war rooms of economic growth in the private sector”.

Mukuru Financial Services Pty Ltd and Mukuru Africa Pty Ltd brought the application against the Department of Labour. The companies said they had applied for a corporate visa from the Department of Home Affairs, but the Department of Labour had refused to sign off on this by providing a required certificate confirming that, despite a diligent search, they were unable to find suitable citizens or permanent residents to occupy the available positions.

The companies said they were unable to find suitably qualified employees fluent in the indigenous languages of Zimbabwe and Malawi. Their businesses apparently focus on the needs of foreigners and they said it was important to be able to serve their clients in their native languages.

They said clients were more comfortable and confident doing business in their mother-tongues, in particular because it involved sensitive transfers of money, and they needed employees to relate on a cultural and ethnic basis.

Between the two companies, they had about 200 positions available.

The Department opposed the application, arguing that the language requirement was “arbitrary, exclusionary and unreasonable”, and violated the Constitution, the Basic Conditions of Employment Act and the Employment Equity Act.

It said most of the transactions were money transfers which were done electronically and the use of a foreign language was “supplementary to this service”. “If it were allowed it would be to the detriment of SA citizens and permanent residents,” the department said.

Judge Thulare said he was satisfied that the companies had shown “that it was  necessary for their business health to have amongst their personnel people who speak foreign languages”. But, he said, the matter did not end there. The companies had to demonstrate the fairness of the discrimination and that it did not impact adversely on the rights and expectations of South African workers.

The judge said the companies had not presented any evidence of the social impact of their businesses or any comprehension that they needed to “reorient themselves to help address the social ills of the Republic”. He said they had not “uttered a single syllable” about training South African citizens.

“Furthermore, although South Africa has 11 official languages, it is a well-known fact that English has become the language most widely used in the workplace. I do not see how a South African citizen, trained in the colonial or indigenous language of a foreign national who is a client will in any way be an affront to the client’s human dignity,” the judge said.

“They (the companies) unfairly exclude South African citizens from employment in favour of foreign nationals. This constitutes unfair discrimination on the grounds of race, ethnic or social origin, culture, language and birth. They have failed to establish that this discrimination was fair,” he said, dismissing the application.