No Easy Road to Freedom

On April 27 South Africa will mark 25 years since its first democratic election. Greg Ardé was a reporter in KwaZulu-Natal on that heady day and witnessed Nelson Mandela casting his vote. He reflects now on the difficult journey the country has travelled. 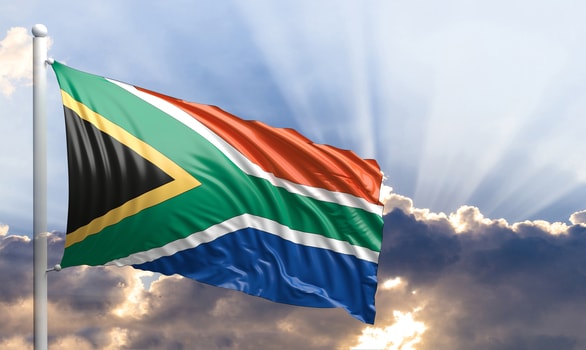 The weather in South Africa’s major cities on Saturday, April 27 is expected to be a mild 20 degrees Celsius. For the middle classes, it will be a good day to kick back, relax and maybe do a spot of shopping.

For the poor, in a country with the world’s highest Gini coefficient, (measuring the gap between the haves and the have nots), Freedom Day presents a similar opportunity to mooch around, sans the shopping.

The poor might get to attend a political party rally and score lunch and a free T-shirt.

That’s the cynical take on things.

Freedom Day is a symbol of apartheid’s vanquishment and the move away from terror and oppression, although what that liberty means is hotly contested in South Africa.

Perhaps it is best to just say it is a day of hope.

The ruling African National Congress (ANC) is a shadow of what it was under Nelson Mandela. ANC heavyweights are desperately punting new President Cyril Ramaphosa to voters as a critical antidote to the looting and maladministration of his predecessor, Jacob Zuma who, comrades openly say, presided over nine “lost” years.

The economy is stumbling along, infrastructure is wanting and the power utility Eskom is struggling to keep the lights. Large parts of government have been virtually paralysed by ANC cadre deployment and theft of state resources meant to undo the legacy of apartheid and bring dignity to millions of impoverished South Africans.

One of the few areas of vibrancy in the country is the media, which remains free and vociferously outspoken. Gareth van Onselen, a columnist and the Head of Politics and Governance for the South African Institute of Race Relations, roasted the ANC whose election promise, he says, appears to be “a cure to the disease that is the ANC”. He points out that the party’s much-derided election list reads like a charge sheet because most senior comrades have been fingered for corruption or what is referred to in South Africa as “state capture”.

The ANC “insists, very earnestly, it is best placed to solve the problem that is the ANC. And so round and round the conversation goes: we need the ANC to help fix the ANC. It’s mad. Quite mad,” he says.

Nkateko Mabasa attended the EFF’s election manifesto launch for the Daily Maverick and interviewed supporters who said Malema was admired because he was neither afraid of white people nor of challenging the ANC.

The hypocrisy of Malema’s anti-corruption tirade is seemingly lost on his supporters given that EFF leaders also stand accused of malfeasance.

Advocate Griffits Madonsela, SC, says South Africa’s constitutional democracy has tenents worth celebrating, including the proportional representation system, participatory democracy, and institutions like the Public Protector and the courts.

“In my view, it has been the adjudicative role of the courts - in the exercise of their review powers - which has flourished in the past 25 years. The courts, almost singularly, have been able to hold the line when South Africa was potentially at its breaking point. That must be celebrated.”

On radio recently former judge Thumba Pillay applauded the fact that South Africa had made “tremendous strides” through the courts in asserting rights determined by the constitution.

Pillay said far too much emphasis was on the injustice of the past which was used to explain away the failures of post-apartheid South Africa. The failure to build infrastructure and the fact that poor people still used pit latrines was down to bad governance and graft, the judge said.

“Sadly, at a practical level, many rights have not permeated to the poor,” he said, - and they were the biggest victims of corruption and maladministration.