No Amendments to Kenya’s Constitution – For Now

The Supreme Court of Kenya has declared the Building Bridges Initiative (BBI) which sought to make changes to the Kenyan constitution, as null and void, but there are still hopes of resuscitating the process, writes Alfred Olufemi. 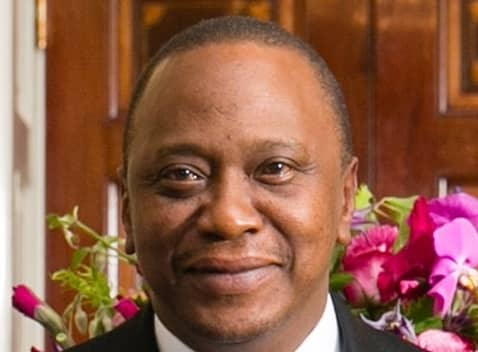 The initiative, which proposed 78 amendments to the Constitution of Kenya, is the brainchild of President Uhuru Kenyatta and Kenya's opposition leader, Raila Odinga. It was conceived in 2018 after an agreement that ended months of post-election violence in the East African country.

Among other things, the changes were expected to expand the executive and increase the number of parliamentary seats. Some opponents see it as Kenyatta’s way of trying to remain in power because he cannot run a third time. General elections are due to be held in Kenya on 9 August 2022.

In May and August last year a High Court and the Court of Appeal declared the process used in proposing the constitutional amendments illegal. Hopeful of a favourable judgement at the Supreme Court, Kenyatta and Odinga, had reassured their supporters that BBI would sail through.

However, six of the seven Supreme Court judges disagreed. “The president cannot initiate constitutional amendments or changes through popular initiative under article 257 of the constitution,” they said.

In the summarised judgement, Chief Justice Martha Koome stated that the creation of 70 new constituencies was also against the law since that was an exclusive mandate of the electoral commission.

Following the apex court's ruling, Mr Odinga lauded the judgement but noted that the proponents of the bill will retreat to come up with a new direction.

“What has been faulted is the role that the State is said to have played at the commencement of the popular initiative. We shall deliberate on the way forward and decide on a future course of action that protects the interests of all those who voted to see the amendments come to light," said the opposition leader.

Also commenting on the verdict, a Kenyan lawyer, Donald Kipkorir, stated that fresh promoters can revive the bill and remove the controversial parts. "BBI Constitution fails on ONLY ONE GROUND: initiated by the President … It therefore means that between now & August, fresh Promoters can dust up the Bill, remove the part relating to Constituencies only and run with it successfully on all the other Proposals," he wrote on Twitter.