Some bills that could have helped remedy the unequal representation of Nigerian women in governance have been voted out by federal lawmakers, resulting in protests by women and gender equality advocates, reports Alfred Olufemi. 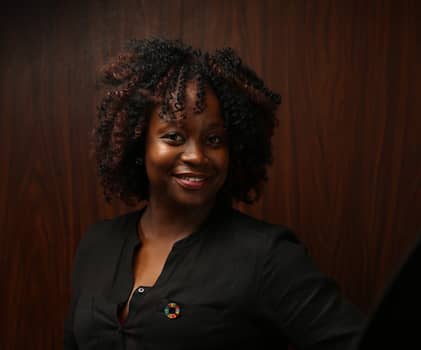 On 1 March, just a week before International Women’s Day, Nigerian federal lawmakers rejected five gender-related bills out of the 68 bills proposed that seek to alter the Constitution. One of those bills aimed to provide special seats for women in the national and state houses of assembly, while another sought affirmative action for women in political party administration.

Others included a bill seeking to grant citizenship to foreign-born husbands of  Nigerian women (a Nigerian man’s foreign-born wife is automatically a Nigerian citizen), and inclusion of at least ten per cent affirmative action in favour of women in ministerial appointments.

These proposed bills were opposed by a majority of the federal lawmakers.

The special seat proposal was sponsored by Nkeiruka Onyejeocha, a member of the House of Representatives, and sought to alter sections 48, 49, 71, 77, 91 and 117 of the 1999 Constitution by creating one additional senatorial seat and two federal constituencies in each of the 36 states and the Federal Capital Territory, for women.

If passed, the bill would have created a total of 111 extra seats for women at the National Assembly.

In response, scores of Nigerian women protested peacefully at the entrance of the National Assembly the following day.

“Arising from an emergency press conference last night, women are headed to @nassnigeria today to demand a reversal of the rejected gender bills yesterday. We can’t continue negotiating our identity as full citizens of Nigeria,” Chioma Agwuegbo, the founder of an Abuja-based non-profit supporting women, TechHerNG, tweeted on Wednesday.

In a statement issued by a coalition of over 200 women’s groups, the groups maintained that the lawmakers denied women the opportunity of inclusion and representation in governance by voting against the gender bills.

“The National Assembly has spoken loud and clear that they do not want progress for society: for mothers, aunties, sisters, wives, and for daughters. It is particularly sad that in a month globally dedicated to celebrating women worldwide, our NASS has chosen to deny women basic human rights. These are rights enjoyed by every Nigerian except women.”

The coalition also demanded that parliament  re-present the bills as a matter of urgency and ensure that they are passed.

Joining voices with the women protesters are some men who share the view that women should not be excluded from governance. “We are in support of you women in the interest of our country, in the interest of women and in the interest of political stability because the more you exclude people, what you do is that you push the country to the brink of political instability," said Samson Itodo, the founder of YIAGA Africa, a non-profit advocating electoral rights.