Nigerian law students get a hand up

Many Nigerian law graduates are unable to enrol for the one-year law school programme because of the exorbitant costs, but the Femi Gbede Scholarship seeks to address this challenge. Its founder spoke to Africa Legal. 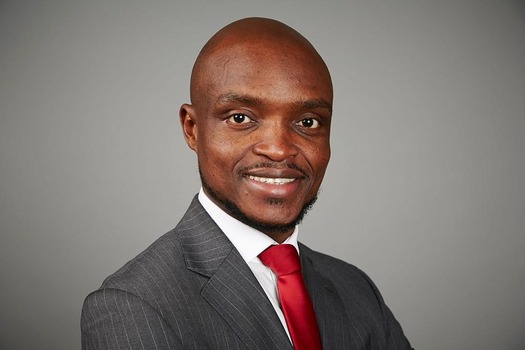 Femi Gbede, a Nigerian lawyer based in New York, USA, and licensed to practise in both jurisdictions, had a rough start at law. After a failed attempt at securing admission to study law, he enrolled to study Mass Communication at the Lagos State Polytechnic. He eventually commenced his legal studies at a Nigerian university in 2005.

Taking Africa Legal through the long road he had to becoming an international lawyer, Gbede noted that after graduation he practised in Nigeria before moving to the US to further his studies. He subsequently earned his LLM from New York University School of Law while on a full merit-based Arthur Vanderbilt scholarship, and his Masters Degree in Corporate Law from University of Cambridge.

“When I graduated from law school I had my eyes set on a few of the prestigious law firms in Nigeria, one of which was Olaniwun Ajayi LP, which remains a legal behemoth till today, breaking barriers and constantly at the frontier of innovation,” Gbede commented.

“Although I had a plan to pursue further studies in law abroad, seeing the profiles of the lawyers at the firm, and even those who had passed through it, convinced me that I didn’t have to sleep again to dream another dream,” he told Africa Legal.

Gbede received the Outstanding Young Lawyer of the Year award at the 2021 ESQ Nigerian Legal Awards and also made the National Black Lawyers “Top 40 under 40” list in the United States.

Knowing how much he was able to achieve with diligence and exposure, Gbede set up a scholarship scheme for Nigerian law graduates five years ago.

“My scholarship scheme is my little way of giving back. I’m a firm believer in the power of education to democratise access to the world of opportunities and level the playing field. I see a lot of students whose dreams will be cut short if they don’t have the necessary support to get them to the finish line, that finish line being the Nigerian Law School.”

He explained that many can’t afford the steep law school fees, so his scholarship scheme targets bright students who need financial support to attend the law school. “Successful candidates get tuition support, stipends while at the law school and their call to bar regalia,” he added.

As a way of improving the scheme, in 2022 Gbede partnered with Africa Health Holdings which has offices in New York, Lagos, Accra and Nairobi, to provide paid summer internships to some of the scholars.

Margaret Arop, a final year law student at the University of Nigeria was the first beneficiary of this collaboration. According to Gbede, Arop and two other exceptional young men from Obafemi Awolowo University and Joseph Ayo Babalola University got his nod for the scholarship to attend the Nigerian Law School this year.

In addition to the financial support and internship opportunity, Gbede mentors all beneficiaries via a WhatsApp group and regular one-on-one sessions.

Applicants for the next scholarship intake need to submit proof of their academic standing and personal statements to femigbedescholarship@gmail.com before 30 September.