Despite 24 years of democracy, South Africa’s judiciary is still male-dominated with only 35% of judges being women. Tania Broughton, who has covered courts for more than three decades, looks at a report which unpacks why, and opens the debate on suggestions about what can be done. 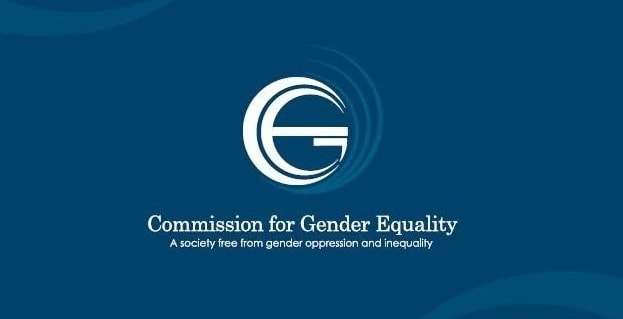 Gender inequality in the legal profession is a global concern.

An analysis done in in 2014, shows female representivity wanting in Africa, Canada, Latin America and the USA.

But this global trend, it has been argued, should not affect South Africa because gender representation is protected by its Constitution which has been in place for more than two decades.

“It is perplexing that it has taken so long for women to be appointed to the bench and promoted to leadership positions within the judiciary,” the Commission of Gender Equality says in recently published discussion document.

“After all these years of democracy, there has been insufficient momentum. It is important to examine the more recent historical context to understand what entrenched thinking continues to hamper the progress of women into and within the judiciary.”

The report - which has been now been gazetted - was borne out of a complaint lodged by the Democratic Governance and Rights Unit and Sonke Gender Justice about the obvious slow pace of gender transformation in the judiciary. They pointed out  that in a three year period from 2009 to 2012, when 110 judicial positions were up for grabs, only 24 women were appointed.

The report has been  published for comment to facilitate an open discussion and, the commission says, will form the basis of a proposed national summit where key stakeholders will discuss gender transformation and propose practical solutions and an action plan.

Looking back to 1994, there were 165 judges in South Africa, 160 of them were white men, three were black men, two were white women and there were no black women.

Various Constitutional mechanisms were put in place to facilitate transformation.

All people were vested with the right to equality and there was ban against unfair discrimination  based on race and gender.

The Judicial Services Commission was established to appoint judges in accordance with these imperatives.

But the overall situation remains skewed.

As at March last year, only 35% of judges were women.

The situation at magistrate level is slightly better, where 44% are women.

In the advocates profession, only 27% are women.

In the attorneys’ profession, law societies report that there are more women than men in practice. And yet the controlling bodies of these societies are dominated by men.

So what are the barriers?

The commission says based on the number of women entering the profession, there appears to be no issues with university admissions and qualifying.

“So the focus should be at practice level within the legal landscape.

“There is a general perception that women lawyers are only good in certain areas of law and are not good in complex litigation matters. This leads to them not getting the experience and exposure in lucrative areas of law both from the public and private sectors.

“This is compounded by the rigidity of the profession where excessive work hours are expected while traditionally, social and family responsibilities fall largely upon women.

“The legal landscape is very patriarchal, motherhood, for example, is perceived as career limiting.

“Issues of sexual harassment are not deal with openly and transparently and discourage women from remaining in the profession.”

The commission said these issues had been raised last year at a Women Leading in Law (WOLELA) Conference.

“Participants expressed similar concerns as voiced by Madam Justice Siwendu, that young women were still experiencing sexual harassment, entrenched racism, patriarchy, misogynist behaviour and thinking and sometimes outright insults and instances of sexual harassment ranging from references to physicality, to things that are profoundly painful for women and that this happened behind closed doors.”

Solutions proposed by the commission include: