Olumide Akpata has emerged as the 30th President of the Nigerian Bar Association (NBA) it was announced in Lagos late last night. Ife Ogunbufunmi reports. 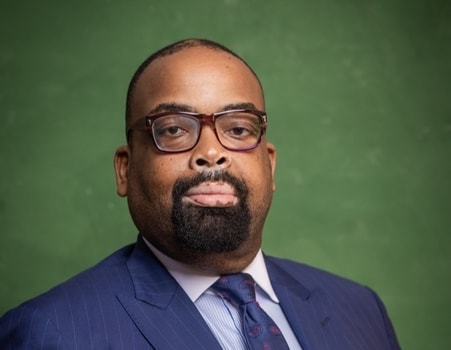 He was voted to the top position in the Nigerian legal community with 9891 votes, alongside nine other elected members.

For several months, the three candidates vying for the role of NBA President led rigorous campaigns across Nigeria, with impressive manifestos and steady conversations with eligible voters and supporters.

Interestingly, two of the candidates – Babatunde Ajibade SAN (who came in second with 4328 votes) and Dele Adesina SAN (who came in third with 3982 votes) are both Senior Advocates of Nigeria (SAN), a rank conferred on legal practitioners of not less than 10 years’ standing who have distinguished themselves in the profession. That the NBA President-elect, Olumide Akpata is not a SAN seems to have endeared him to eligible voters, as his new role has not been occupied by a non-SAN since 1998.

Akpata led a campaign of transformational leadership for the NBA, focused on making the Nigerian Bar work for all stakeholders. His 43-page manifesto focused on a four-way approach – The Bar and its Members; The Bar and Society; The Bar as an Institution; and the Future of the Bar. He spoke extensively on his plans for the welfare of lawyers (including lawyers with disabilities and aged lawyers), remuneration of Nigerian lawyers, standardisation of legal fees and charges, expanding and deepening the Nigerian legal services market, abuse and harassment of lawyers, the NBA Education Fund, access to finance for lawyers, inclusion and support for female lawyers; the development of young lawyers and a lot more.

The NBA President-elect has been a Senior Partner at Templars, a leading law firm in Nigeria, since 1996 and is also a foundation member and an erstwhile chairman of the NBA-Section on Business Law (NBA-SBL).

Speaking on Akpata’s victory, a member of his campaign team and Senior Associate at Templars, Oyeyemi Aderibigbe said, “The victory of Olumide Akpata as the 30th President of the NBA is one for the books. From the moment he declared his ambition to run, he changed the state of play – the stakes became higher and salient issues which ail the Nigerian Bar, which had previously been swept under the carpet, became topical.”

“What is more intriguing is that the support for Olumide Akpata extended beyond the legal services industry. The business community and society at large echoed the need to restore the influence and value that the NBA is expected to bring to the fore,” says Aderibigbe.

“The keenly contested election was a trigger for articulation of clear vision for the future of the Bar and Olumide Akpata led the conversation, focusing on building a map for systemic reform and the repositioning of the Bar for relevance to its stakeholders and the society at large. As someone who has closely worked with Mr Akpata professionally, and also been a part of this election process, I am confident not just in his capacity to change the state of the NBA but to also transmit this impact to the Nigerian society at large. History has been made and I am so honoured to be a part of it”.

Other newly elected members of the NBA leadership are –