Dapo Akande is Professor of Public International Law at the University of Oxford. He talks to Craig Sisterson about global challenges, his journey from Nigeria, and being nominated for the UN International Law Commission.

While it can seem like support for international law and institutions has backslid with the rise of some populist leaders in recent years, it’s important to focus on the long-term trajectory and, overall, things have improved from a few decades ago, says Professor Dapo Akande.

“On the whole we’re generally moving forward, and we’re in a better place in terms of respect for international law than we were thirty years ago, even though we’re probably in a worse place than ten years ago,” says Professor Akande, who teaches at the Blavatnik School of Government and has acted as a consultant for states, NGOs, and international bodies.

“It’s a little bit like in Nigeria sometimes,” he adds, “people do this dance which is like three steps forward, two steps backwards, but you’re still further forward than where you started.”

Earlier this year, Professor Akande was nominated for the 2023-2027 term on the UN’s International Law Commission (ILC) by both the United Kingdom and Nigeria. Last month it was revealed he’d been nominated by a further three countries – Japan, Kenya, and Slovenia – the first time in history anyone has been nominated from four different UN regional groups.

The ILC consists of 34 members, notes Professor Akande, and operates similarly to national law commissions, conducting studies into areas of international law and making proposals for creating, amending, and developing law. Its work has led to many international treaties; even the statute for the International Criminal Court was first drafted by the ILC.

“The Commission meets for about three months a year in Geneva, not in one block, and it engages with its work by carrying out studies then interacting with states and producing documents for states to review and then use as they please,” says Akande. At the time of his nomination, he said he was “humbled” and if elected he’d “strive to make a meaningful contribution to international law and international cooperation”.

Talking to Africa Legal recently, Professor Akande said the election was an interesting process, especially as he’d never run for any office before – not even class prefect at school. But it was during his school days in Nigeria his interest in international law was sparked.

“Even when I was a child, I was more interested in international affairs than domestic affairs,” he says. “When I looked at newspapers I would start at the place everyone should – with the sports pages – then I’d go to the middle and read the foreign news section.”

His parents also had the BBC news service on all the time, fuelling Akande’s interest in what was going on in the rest of the world. Studying law related to international affairs seemed a natural extension of his childhood interests in foreign relations, history, and geography.

After earning his law degree at Obafemi Awolowo University, Akande completed an LLM at the London School of Economics then embarked on a glittering academic career alongside advising states and organisations and occasionally working behind the scenes on cases before domestic and international courts. “But I’d always thought it would be nice to argue some of the cases myself,” says Akande, who recently joined Essex Chambers alongside his teaching.

But whatever his role – researching, teaching, proposing, or arguing – Akande will be focused on doing the ongoing work to secure respect and compliance for international law. 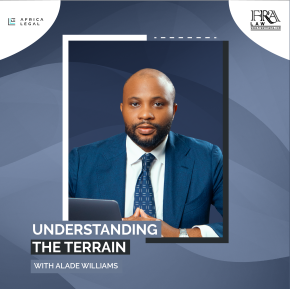 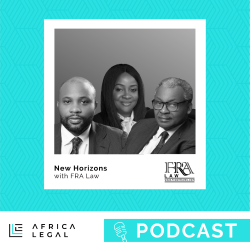