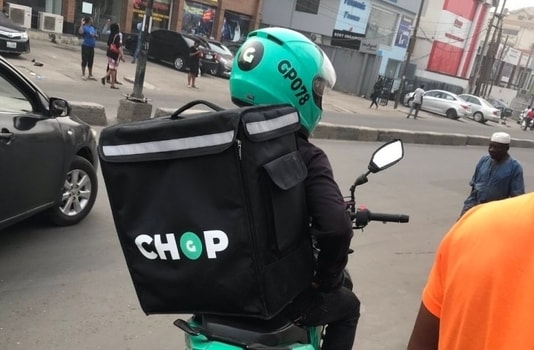 Bike-hailing companies, in recent times, have had to explore other business verticals in Lagos, including logistics. What has happened in Lagos State in recent days is an example of the pace and need for adaptability when doing business in Nigeria’s most economically active region and home to more than 21 million people.

Fahim Saleh, Chief Executive of Gokada, a bike-hailing company in Lagos, said that before the ban, Gokada was making a daily turnover of about ₦3 million (£6,400pounds), from its drivers.

Last week, Gokada launched “GChop”, a new service which will explore opportunities in the delivery and logistics industry. It was rolled out to replace its passenger-lifting commercial service and to keep its drivers employed.

“Now, we need to plan for the worst. Our workforce was set up for a transport-oriented service and we don’t know the potential challenges in the delivery business,” Saleh.

Following the launch of GChop, Gokada has also partnered with Jumia Nigeria, one of Nigeria’s foremost e-commerce companies, to fulfil deliveries for its food service.

Confirming this partnership, Saleh acknowledged, “Yes, we are helping Jumia with their food delivery with our pilots. Pretty simple relationship. Jumia pays us. We deliver their food. We pay the pilots. It is getting our drivers earning income, which is the important part”.

Unlike other bike-hailing services, like Max.ng and ORide, Gokada operates only in Lagos. The company was in danger of losing its huge investments as a result of the ban.

In 2019, to diversify, Gokada launched “GBoat”, a ferry transport service, which has now received renewed interest. Saleh says, “One 24-passenger boat just came in, and another is sitting at the port waiting to be cleared from customs. In between government approval and getting investors to back us for scale, there is still a lot of work that has to be done in this regard. I want to get hundreds of these boats in the water.”

But how sustainable are these reactions to the ban? Some say more strategy is needed to chart the best way forward. And there is concern that there will be diminished investor confidence in Lagos as investors grow wary of inconsistent policies and the sudden implementation of these policies.

Nosakhare Aguebor, Legal Counsel with the Africa Finance Corporation, says the narrative of Nigeria, and especially Lagos, having an attractively large market can only be sold for only a little while longer, if at all, if the government at the federal and state levels, do not show a clear and predictable path to good governance and consistent leadership.

“In a jurisdiction like Nigeria, where policy flip-flops are the order of the day, the ability of a business to re-strategise, implement and evolve very quickly is critical to at least stay afloat. This is what Gokada has done. The government must however realise how much impact this has on investor confidence and foreign direct investment inflows into Nigeria, particularly with countries with more stable policy thrust around the corner.”

The next challenge on the streets of Lagos state will be for the smaller logistics companies which will inevitably feel the impact of the ban as the bike-hailing giants redirect their resources towards delivery and logistics and in the process bring down prices.

Also notable is MAX.ng’s partnership, in July 2019, with the Ondo State Government (south-west Nigeria), to provide bike-hailing services in the state called “Sunshine Safe Bikes”. This was all done in a bid to provide safe, affordable and accessible transportation for the Ondo State residents and generate employment for Ondo youths.