A mining company’s relationship with the community where it operates should be mutually beneficial but too often the broader political context makes it hostile says Aviona Mabaso, Group Legal Counsel for mining and exploration company, Bauba Resources. 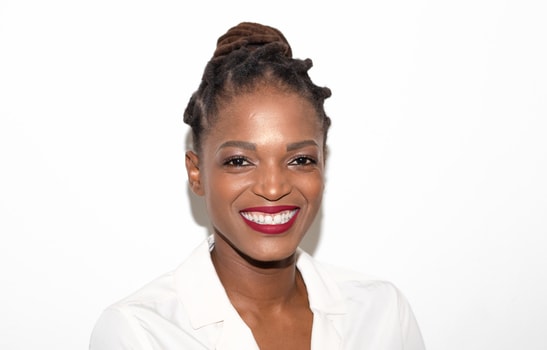 The best example to illustrate a successful relationship, says Aviona, is the Royal Bafokeng Nation (based in South Africa’s North West Province) who have worked with mining companies to exploit the platinum, rhodium and palladium reef running through their homeland.

“But there has to be the right leadership for this work,” says Aviona, “And in South Africa this is not straightforward as political leaders, community leaders and traditional leaders (all with their own motives) are not necessarily the same people.”

It will be issues like this that are addressed by “A Legal Indaba”, the free General Counsel Forum for mining lawyers taking place on the side of the African Mining Indaba in Cape Town in February 2020. The event is a project of Africa Legal and sponsored by Baker McKenzie.

Aviona is on the advisory board of the organising committee, bringing to the forum her expertise on a host of issues including how mining companies can navigate the rocky terrain of community expectations.

As General Counsel for Bauba Resources, Aviona is on the frontline of mining in South Africa, where the legacy of exploitation and corruption means companies face an uphill battle of community distrust and, all too often, a misguided sense of what they can rightfully demand.

“Nothing could prepare me for what I have experienced since working directly for a mining company. The most difficult challenge has been dealing with community and surface rights issues. With a history like ours, it’s a complex space to navigate, and the lack of a comprehensive cadastral system certainly aggravates matters,” she says.

Mining companies are also operating in a highly regulated space making the role of the lawyer imperative. However, Aviona says, fear of making a wrong move (and over lawyering) can impede a company’s agility by introducing too much red tape which then has to be processed by an overstrained legal department.

“Rather, the legal department needs to be involved in setting the strategy as opposed to being the resource that’s only used when something goes horribly wrong,” she says.

One of the biggest political issues (and a national fear) in South Africa is the loss of jobs in the mining sector. “Automation will certainly render some jobs redundant,” says Aviona. The current wage bill and the risk to life are also important factors in streamlining operations and driving change.

“Let’s remember there are thousands of jobs that exist today that didn’t 100 or 200 years ago. I don’t think we should fear the number of jobs lost. We should be excited about the new jobs that will be created and worry more about the quality of jobs we create and how to make the industry more inclusive.”

On a personal level Aviona says she came to the mining sector instinctually. She grew up on the West Rand (of the gold reef) of Johannesburg. Her mother worked for a diamond dealer and jeweller in the city and in school holidays she often accompanied her to work.

Her mother later moved to the United States where Aviona went to boarding school at the Dana Hall School in Wellesley before starting her university education in Ohio. She eventually came home and completed a law degree at the University of Pretoria.

“I did my articles and subsequently was retained as an associate at a law firm whose clientele consisted of mostly mining companies.”

At Bauba Resources she has found a home at the forefront of transformation of the mining sector in South Africa.

“It is an expanding and diversifying mining company, currently mining chrome in the eastern limb of Limpopo (a province of South Africa that borders Zimbabwe and Mozambique). Bauba started out as a platinum exploration company and landed on an incredible opportunity to actually mine (chrome) and hasn’t looked back since.”

She says the strategy is to run a safe and low running-cost mine. “This is so we can quickly attain – or as quickly as one can in the mining industry - a high return on equity, implement our social and labour plans, and create opportunities for our employees and service partners.”

*To meet Aviona and hear her speak register now for the GC Forum on February 6, 2020 at the Cape Town International Convention Centre. This event, aimed at mining lawyers, carries no cost.