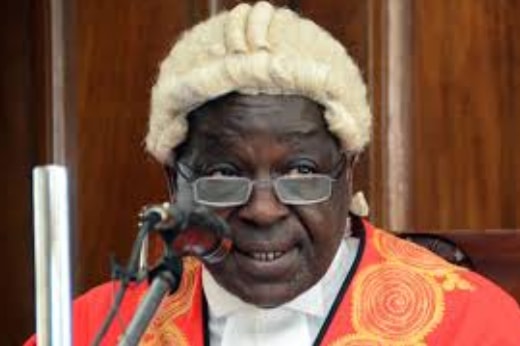 They were forcefully evicted from their homes and land 30 years ago and dumped at a disused prison where some of their children died from starvation.

But, now the Ugandan Government has been ordered to pay them the equivalent of almost £12 million.

“Miserable and destitute”, was how Ugandan High Court judge Wilson Masalu Musene described those who attended the court hearing their claim against the Government.

Their claim was first lodged 19 years ago and has “gone through the hands of at least seven judges without determination,” the judge said in his recent ruling in their favour.

The government put up a tough fight. It would only agree they were evicted from their land in the Kasese district in 1990.

The government’s legal representatives argued that they were “unlawful” occupiers of the land and the eviction was legal. They denied any abuse and claimed that some had already been compensated. Others had never lived on the land.

There were no permanent structures, only wattle and daub huts, they alleged.

But witnesses told a different story.

They said the land had been given to them by Idi Amin, the military dictator who ruled from 1971 to 1979. There had even been an official hand over at a local cement factory.

On the day of the evictions they had been living on the land for more than 21 years.

“After the allocation (by Amin), we built houses, we grew bananas, coffee and cotton crops, we farmed animals,” a witness said.

“We were not told why we were being evicted. The police were armed. They burnt our homes and destroyed the crops,” he said.

Others told of how they were beaten up. They had to leave with nothing but the clothes on their backs.

It was “mass suffering”.

They were forced to board transport and were taken to the Ibuga Prison Farm where a camp was set up.

There was no water. Their children fell sick and some died. Those who survived were denied education.

Witnesses for the government could do little to disprove their allegations and could produce no official records.

Judge Musene ruled that they were not squatters and that their claim that they had been given the land by Amin had not been challenged.

He found they were evicted in a “violent inhumane and tortuous manner” by armed police and soldiers.