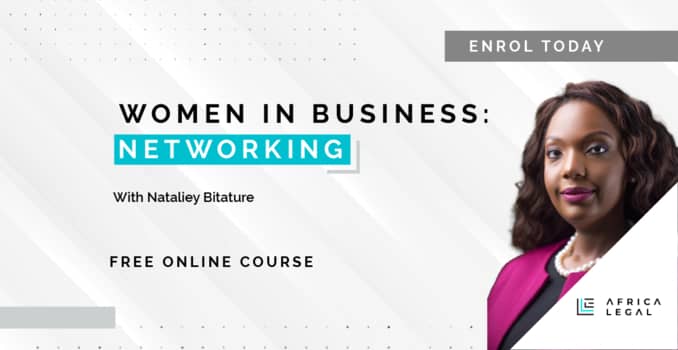 The rapid growth in video conferencing, online events and remote working in the wake of the global pandemic is a great thing for African women looking to use networking to help build and grow their business, says Simba Group Chief of Staff, Dr Nataliey Bitature.

“For those of us in Africa who are so far away, flying around the world for conferences was very expensive and difficult,” said the Ugandan businesswoman and philanthropist who’s leading a new video-based women’s networking course with Africa Legal. “Now you can attend conferences online from the comfort of your own home.”

Named one of Africa’s “most promising young change-makers” by Forbes 30 Under 30 in 2018, Bitature believes her networking course will be helpful to young African women who’ve recently entered the workplace, and also for older women at later stages of their career.

“I think these kinds of skills are not taught when you’re in school, doing the bar, or when you’re given other bits and pieces to help your career,” she says. “And yet it is so helpful because this is how your career advances. You need to be able to network, because it is people who are running organisations and law firms, it is people who are hiring and making decisions, who are deciding who the clients are, who the lawyers are, and who’s going to get what. So you really need to have that ability to connect with other people.”

Bitature teaches that as a woman in business it is essential to be visible, and networking can make or break your career success. But it is important to make a genuine connection. In her Women’s Networking course she emphasises that just collecting as many business cards as you can, or LinkedIn details at an online event, is not very effective if you haven’t really connected with the person whose name is on the card or the LinkedIn profile.

“There’s always something you have in common – shared values or what has brought you to this place,” she said. “See where there’s overlap, because the more you have affinity with someone, the more likely they’ll be able to help you and be part of your network.”

Be authentic and make connections over things you’re genuinely interested in, cautions Bitature. Take a real interest. “It’s not just about pitching yourself; it’s about listening.”

Bitature has witnessed the power of networking and connecting with people through her own career which includes establishing Musana Carts, a social enterprise building solar-powered street food vending carts, and HER, a mentorship platform for working women.

“I’m on a lot of boards because of my network,” she said. “I’ve never had to apply to be on a board. I get invited to join all the time, because I think I’ve been proactive about my networking. I’ve made friends and connections across different sectors. That visibility has really helped me when people are making decisions in rooms where I’m not there – there are people that vouch for me, that propose my name, or put me forward for things.”

In honour of #InternationalWomensDay, Africa Legal is proud to release a new free online course dedicated to Women in Business. This course, focusing on Women’s networks and empowerment, is hosted by business coach Dr Natailey Bitature.

Click here to learn more about the course and enrol. 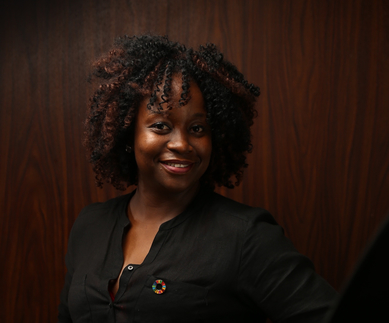 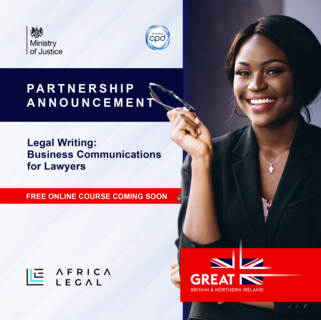