While South African President Cyril Ramaphosa has promised that child rapists will be dealt with firmly by the courts, one magistrate has been showing “mercy” and letting them off with a slap on the wrist. Tania Broughton reports. 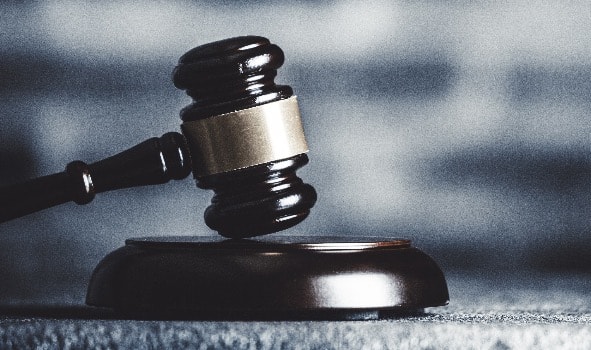 In a week which marks the International Day for the Elimination of Violence against Women, South Africa’s Magistrate’s Commission is scouring through dozens of cases handled by Umlazi magistrate Kholeka Bodlani.

So far, at the instance of two judges presiding over a special review of four of her cases, four have been sent to new magistrates for resentencing. In essence, the judges were saying, Bodlani cannot be trusted to right her own wrongs.

Umlazi is a township in Durban. According to crime statistics it has one of the highest rates of rapes and sexual crimes.

And yet, in the four matters which went on judicial review, and at least 17 others, Bodlani found reasons to deviate from the legislated prescribed minimum sentence of life imprisonment for rape of a child under 16.

In two matters, she gave the attackers wholly suspended sentences in spite of compelling evidence that they had shown no mercy to their young victims. In another, she gave a father who raped his own daughter a five year prison sentence, saying she should “show mercy to a loving father”.

The other two offenders have not yet been traced.

The scathing judgment by KwaZulu-Natal high court judges Mohini Moodley and Philip Nkosi, prompted the commission to undertake an audit of all cases Bodlani has presided over since she began sitting in the sexual offences court six years ago.

Secretary Mohamed Dawood said: “The investigations are at an advanced stage and many matters have been referred to the High Court which are still under consideration.”

But the magistrate is still in her job. Although she has been removed from the specialist court - a move which resulted in her laying her own own grievance with the commission - she is still hearing part-heard matters.

Deputy Minister of Justice John Jeffrey says, while he is aware and concerned about this, it is up to the commission to deal with any disciplinary issues against her. Only if she is found wanting in a hearing, can a recommendation be made to parliament that she be removed from office.

Legal sources say they are baffled as to how Bodlani’s bizarre sentences went undetected until December last year.

“They should have been appealed by prosecutors. The magistrate should have been under supervision. The clerks of the court are trained to also pick up on sentence irregularities,” said one.

Another suggested the court was away from “prying eyes” of the public and the press.

Child rights activist Joan Van Niekerk said: “We are very concerned as these men will just continue to rape the children they had access to before - and bully the children into not disclosing further abuse.

“This magistrate still has part-heard matters - which means that she can continue to blunder her way through cases. Her assumptions of no trauma to the children involved in this matter are contrary to some of the evidence presented - and misrepresentation of the position of the victims is beyond belief.”