Judgment in the four-year-long trial of Dominic Ongwen which is taking place in the International Criminal Court in the Hague, The Netherlands, will take place on February 4 next year, the ICC said this week. This is a slight postponement as the judgment was scheduled for January. 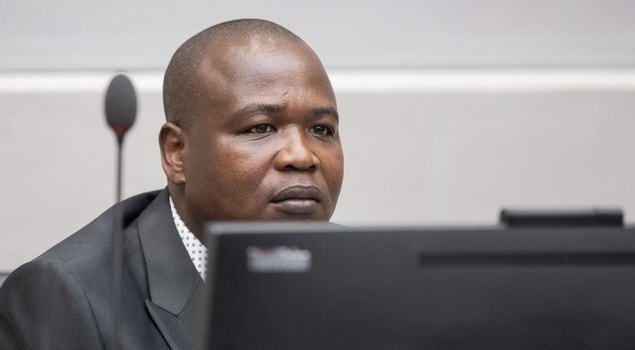 Ongwen is accused of 70 counts of war crimes and crimes against humanity committed in northern Uganda. It is alleged he was a Brigade Commander of the Sinia Brigade of the Lord’s Resistance Army and was arrested on an ICC warrant in 2005. He has been in ICC custody ever since. The crimes he is accused of committing took place in 2002.

The ICC judgment will be for a conviction or acquittal.

The verdict will be read out in public and will be livestreamed from the ICC website.

In a statement the ICC reminded the public that the accused before the ICC is presumed innocent.

“While the Prosecution must prove the guilt of the accused, the Trial Chamber will convict the accused only if it is satisfied that the charges have been proven beyond reasonable doubt. The Chamber bases its decision only on the applicable law and on evidence submitted and discussed before it at the trial.”

The Chamber is composed of Judge Bertram Schmitt, Presiding Judge, Judge Péter Kovács and Judge Raul Cano Pangalangan. The ICC explained that the three judges ensure the fairness of the trial and that the rights of the accused and victims are respected. In response to the verdict, the parties will be able to appeal the decision before the ICC's Appeals Chamber.

The trial in this case opened on December 6, 2016 with the closing statements taking place from March 10 to 12 this year.

“The ICC therefore may exercise its jurisdiction over crimes listed in the Rome Statute committed on the territory of Uganda or by its nationals from 1 July 2002 onwards.”

The Rome Statute is the treaty that established the ICC. It was adopted at a diplomatic conference in Rome on July 17, 1998 and came into effect on July 1, 2002.