There have been dozens of legal challenges to the South African government's “harsh” anti-Covid regulations. Tania Broughton reports on how the rules are impacting every aspect of society. 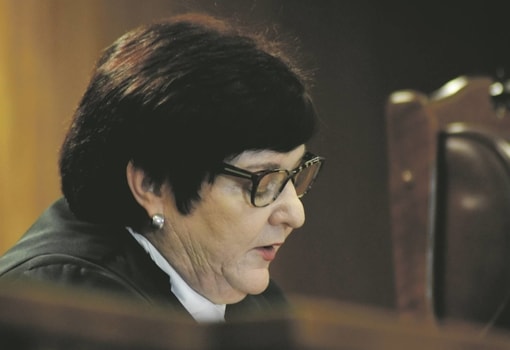 The “hard lockdown” was imposed by the government at the end of March but, since then, some restrictions have been lifted. However, the ban on the sale and transportation of cigarettes remains. This is after the industry lost a court challenge, the court agreeing with the government that the decision was “rational” because smokers are at high-risk of succumbing to the virus.

The ban on the sale and transportation of alcohol has been re-introduced after reports that emergency rooms were flooded with alcohol-related cases, putting a strain on an already overburdened healthcare system.

And, the phasing in of the return to schools, grade by grade, remains contentious with the country’s largest teacher union, Sadtu, insisting that its teachers do not want to return to the classrooms.

At the height of the lockdown, Mmusi Maimane, former leader of the Democratic Alliance, the official opposition party, and now the leader of the One South Africa Movement, launched a court application trying to block the re-opening of all schools.

He lost. The court ruled that children must return to school in a “healthy and responsible way”.

What Maimane had not factored in - and which became evident in another court challenge - was that nine million children rely on a state-sponsored daily meal which they are given at school.

Education activists Equal Education, Equal Education Law Clinic and Section 27, supported by the Centre for Child Law, argued in their court application, that for many of these children, it was their only meal of the day.

In a judgment critical of Basic Education minister Angie Motshekga and provincial education MECs, North Gauteng High Court Judge Sulet Potterill said they were in breach of their constitutional duty for not re-implementing the feeding scheme.

“Hunger is an obscenity,” she said, ordering the reinstatement of the programme to all qualifying children, whether or not they were attending school.

The judge granted a “supervisory order”, requiring the ministers to regularly report back to the court on plans and progress.

The activists, in a statement, said: “We intend to monitor the implementation of the plans. We celebrate this judgment as a victory which reaffirms learners’ constitutional rights to basic nutrition and basic education, and which will go a long way in easing the hunger and strain experienced by families across the country during the period of lockdown.”

It was claimed in the case that the government “scurried” to provide the meal after the court action was launched.

This was also the case in another legal challenge, by a Non Profit Organisation, against guidelines published by the Gauteng provincial government which outlawed any private feeding schemes.

Cradle of Hope said this meant it could no longer supply its daily peanut butter sandwiches for hundreds of hungry people in Krugersdorp when the need was increasing daily.

The government backed down and withdrew the guidelines days before the matter was to be argued in court.

Another of the cases pending before the North Gauteng High court - expected to be argued next month -  is an application by dozens of wine farmers who say the industry is collapsing and the sale of wine should be distinguished from the sale of hard spirits and beer because the wine industry has a “different culture”.

At stake, they say, are thousands of jobs, including those of farm workers who are also provided with accomodation on the farms.

*The John Hopkins University Covid tracker reported today that South Africa had 381,798 cases and 5,368 deaths so far. Nigeria, by comparison, has had 37,801 cases and 805 reported deaths.