Living on the Fringes

Climate change and population growth is changing the Maasai pastoralists way of life and culture. Africa Legal writer Judy Waguma was in Kitengela in Kajiado County to report on how this crucial aspect of Kenya’s cultural, historic and economic identity is being forgotten. 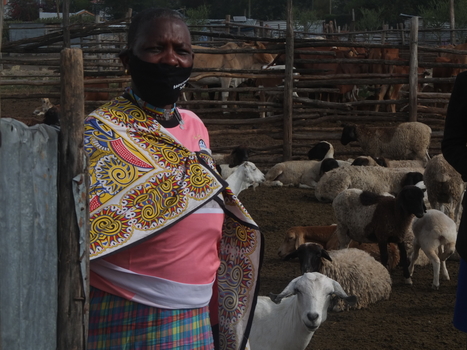 On a normal minimal-traffic day in Nairobi, Kitengela town is an hour’s drive from the city. What was a dusty savanna township a decade ago has metamorphosed into a hub of businesses, residential houses and an army of people, with livestock roaming the streets.

A team from Rights and Resilience (RARE), a project bringing together researchers from the Universities of Nairobi, Copenhagen, Roskilde, the Danish

Institute of International Studies, and ILRI (the International Livestock Research Institute) -- funded by DANIDA -- visited these pastoralists in Kitengela town to speak to them about how they are adapting to climate change. The project is focusing on how men and women access and use land.

For Kenyans, like most Africans, land is a fraught subject. Colonialism destroyed ancient tribal systems, opening the way for modern day political and economic exploitation. The nomadic Maasai, used to moving with their cattle across the savanna, today constantly clash with the modern world and are often relegated to the overgrazed fringes of game parks or swelling cities.

In Kitengela, Maggie Naserian, a mother-of-five, says she left her village in Kajiado West in 2000.

“We found this land and no one has come to ask us to leave,” she says.  Now, she lives in a manyatta -- a makeshift shack erected on a one-acre piece of land, with a small section of the farm partitioned off with wooden planks for her cattle and goats. Five-storey residential apartments overlook her manyatta.

Like most pastoralist families, Naserian is making hard adjustments to her life. “Here, in Kitengela town, we feed the cows on cabbage and maize leaves from the market. We also sell manure and milk to buy grass so that the animals don’t die.

Data from the Kajiado County Government shows that in 2018, 79% of the county’s wealth was derived from pastoralism, which employs about three in every four people. Nationally, pastoralism generates more than Sh120 Billion (£806.5m)  in annual revenue.

Despite the significance of pastoralism to the economy, harsh weather conditions and living on the last mile, remains a concern. Kitengela’s proximity to Nairobi, the capital city, has attracted land buyers and reduced grazing spaces.

Esther Johanna came to Kitengela town from Oloyainkalani, Kajiado County, in 2015. Whatever money she earns is spent on buying hay, with savings going to educate and feed her children.

“Back in the village, the school is far. When it rains, the children can take months without going to school. The sun is also hot for years and cows cannot get enough to eat,” saysJohanna.

“I would rather stay hungry and feed my cows,” she says.

Sylvia Rotich Jemutai, a University of Nairobi researcher on the RARE project, says that for climate change adaptation to succeed, pastoralists need access to resources. “Access to these resources is shaped by institutional norms, rules, regulations, and policies which then determine who gains and who losses.”

Although Kenya has passed a number of laws to support climate change adaptation, as well as access to land and its use, the interplay of these factors in people’s lives is still poorly understood. 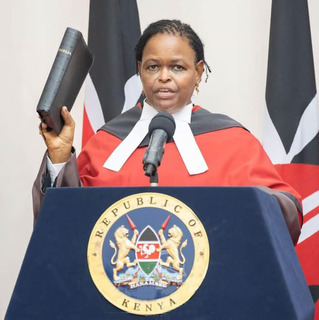