Living a Life of Endless Possibility

For many years Hefin Rees QC has lived a double life. His professional role is as a London barrister but his heart is with the remote rural communities of Uganda. Carol Campbell reports. 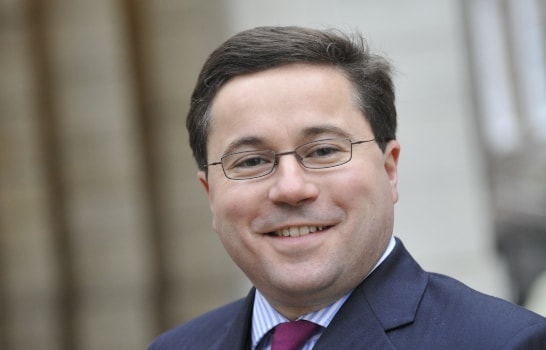 It is almost impossible to imagine a London QC moving in a world of poverty but Hefin Rees is no ordinary barrister. He is part of the charity Spotlight on Africa, which is currently building a hospital in Massanda on the outskirts of Mbale in Eastern Uganda.

“It is a PPP project involving our charity and the Ugandan Government,” he says. “When it is completed, we will have maternal and neo-natal care, a malaria centre, outpatient/inpatient care, and an immunisation centre.”

Rees’s professional role is as a barrister with 3 Verulam Buildings Barristers in London. He is admitted to the Bar of six jurisdictions around the world and is a Fellow of the Chartered Institute of Arbitrators. His areas of expertise are in commercial and civil fraud, construction, banking and financial services sectors, and, of course, international arbitration.

And yes, he says, “While the work of a QC can be all-encompassing and sometimes overwhelming in time pressure, it is essential to have a wider view of the world.”

The Massanda hospital is not his first project either.

“We believe that with a holistic approach, we can lift whole communities out of abject poverty,” he says.

So far, through Spotlight on Africa, the charity has been involved in projects to build two primary and two nursery schools, a Level 4 health clinic, train 250 community nurses and midwives, drill 38 boreholes, and built a tailoring workshop/design centre.

“The next plan is to build a maternity centre to safely deliver 3,000 babies each year and a secondary school to teach 1,500 children who would otherwise not be able to attend secondary school.”

Rees’s drive to help people living in poverty was born from his own life. He too was born into an economically disadvantaged home but started his journey to becoming a barrister through the support and goodwill of others.

His involvement in Uganda is motivated by it being one of the poorest countries in Africa. Uganda has one of the youngest and fastest growing populations in Africa with 57% of its citizens being children under 18.

“More than two-thirds of Ugandan children do not progress to secondary education. Uganda also has one of the highest maternal death rates in the world,” he says.

Over the years the charity has built up a great team on the ground, he says.

“Our health clinic has more than 50,000 patient contacts every year, and we currently educate 1,500 children at primary school level every year.”

Back home in the UK Rees is very involved with his alma mater, Durham University, and the Bar Council.

At Durham he has established two trust funds.The first is to help economically disadvantaged students from his old college find work placement opportunities and the second, a summer vacation scheme to work in Singapore for six weeks, all expenses paid. He was also on the Bar Council for seven years and continues to help with mentoring barristers who would like to be appointed a QC or a judge.

The philosophy that guides his life is simple. He quotes the American author Norman Vincent Peale saying, "Empty pockets never held anyone back. Only empty heads and empty hearts can do that".

There is no question that this is a QC with a very full heart.