A four-year legal battle between the two “wives” of a wealthy South African businessman over his R20 million estate, has finally ended in victory for his first, and only legal, wife. Tania Broughton reports. 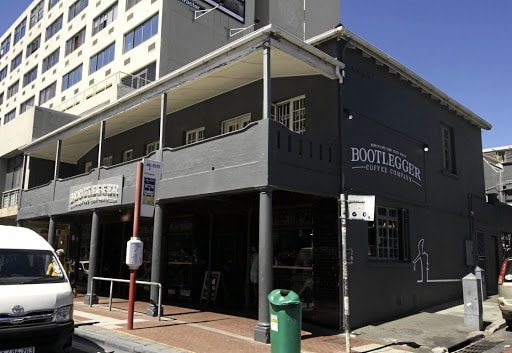 The ruling by the Supreme Court of Appeal (SCA) has come too late for Ephenia Broodie, who died last year. Her three adult children, however, will now inherit a building in Cape Town’s popular Seapoint area and benefit from the estimated R75 000 a month rental income.

Samuel and Ephenia married in community of property in 1967. They worked together to build up several successful  businesses.

In 2001, Samuel bought the members interest in a close corporation through which he acquired the Seapoint building.

In affidavits, Ephenia said she became aware of a relationship between her husband and Mokgohu Martha Ledwaba in 1989 and found out that he had fathered two children with her in 1993.

She said he fell ill in 2013 and died in December 2016 when she discovered that he had “donated” 75% of his stake in the close corporation to Ledwaba and her children, without her consent or knowledge.

She made allegations of fraud, claiming her husband was not in his sound and sober senses when he did this, but these were not tested in court.

Ledwaba said when she became involved with Samuel, she knew he was married with children.

She only found out that it was a civil union, in community of property, (meaning her own customary marriage to him in 1988 was invalid) after the litigation began.

“He spoke of providing for me  and the children. He wanted to provide for both families separately by giving them each different properties and businesses,” she said.

Ephania initially lost her case in the Western Cape High court, the judge there ruling that in terms of the Matrimonial Property Act, she had “deemed to have consented to the transfer”.

But the appeal court has now said that decision was wrong and, in a precedent-setting judgment has ruled that third parties, who contract with those married in community of property, must undertake their own investigations to determine the legality, or otherwise.

Judge Clive Plasket said a spouse married in community of property could perform a juristic act in connection with the joint estate without the consent of another spouse. But, one of the exceptions was donations.

“There is a duty on third parties seeking to rely on deemed consent to make reasonable enquiries, to ascertain whether the person with whom he or she is dealing, is married and, if so, whether they have obtained whatever consent may be necessary.”

Judge Plasket said the donation was the “lion's share of the joint estate” and “was disproportionate and certainly prejudicial to the first family”.

“She (Ephenia) did not consent. She (Ledwaba) knew that he was married and had children.

“On her own version she does not get out of the starting blocks. She admits she knew that they were married but made no enquiries as to how they are married, and whether there was consent to the donation,” the judge said, setting aside the transfer.