A judge has ruled that Africa’s iconic “king of the beasts” deserves respect – even in captivity. Tony Carnie reports on a landmark environmental rights judgment by South Africa’s High Court. 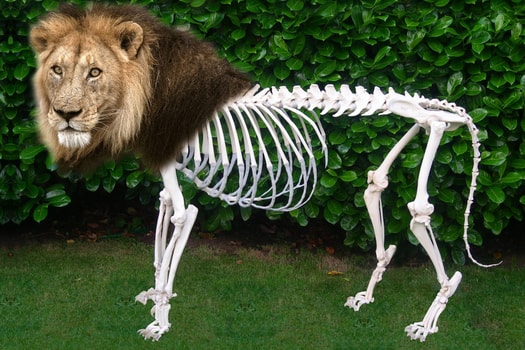 A South African judge has ruled that there cannot be “double standards” in protecting Africa’s declining population of wild lions, while seemingly ignoring the welfare of thousands of captive lions in South Africa, which are hunted or turned into Oriental bone soups and wines.

In a landmark ruling handed down this week (August 6), Pretoria High Court judge Jody Kollapen overturned recent decisions to sanction the export of thousands of lion bone skeletons, declaring that the export quota-setting process had been unlawful and constitutionally invalid.

But her decision was challenged by the National Council of the Society for the Prevention of Cruelty to Animals (NSPCA) on the basis that its concerns relating to animal welfare were ignored by the government when setting quotas.

According to the society, there is evidence that in many cases, captive lions are "underfed, malnourished, neglected, bred repeatedly” or confined in overcrowded and cruel conditions in about 200 captive-breeding facilities as part of a growing industry worth an estimated ZAR 500 million (US$33.6 million) annually.

Judge Kollapen also cited recent decisions by South Africa’s Constitutional Court and Supreme Court of Appeal, noting that these courts had expressed unambiguous and compelling sentiments which provided guidance around the legal conduct expected around biodiversity conservation and the “the kind of custodial care we are enjoined to show to the environment for the benefit of this and future generations”.

“Even if they (lions) are ultimately bred for trophy hunting and commercial purposes, their suffering, the conditions under which they are kept and the like remain a matter of public concern and are inextricably linked to how we instil respect for animals and the environment of which lions in captivity are an integral part of . . . it would constitute a contradiction if we are to suggest that different standards and considerations should apply to our treatment of lions (depending on whether they were in the wild or in captivity).”

In brief, the judge held that the government was obliged to consider the welfare issues of SA's captive lion breeding industry when setting future quotas for the export of lion bones.

Now extinct in Europe, wild lions survive only in Africa (apart from a very small population in India) and are a major tourist drawcard to the continent. While the exact number of survivors is unclear, recent scientific estimates suggest there could be as few as 20 000 wild lions left in Africa.

Kollapen noted that South Africa has a population of about 9 000 lions, but only 3 000 are wild – with about two thirds considered to be captive.

By setting export quotas for these animals, South Africa was signalling to the world that the State would allow the export of a certain number of lion bones each year.

“It cannot be correct to assert that such signalling can occur at the same time as indicating to the world at large and to (the lion breeding industry) that the manner in which lions are kept will remain an irrelevant consideration.”

Referring to the spirit and legal interpretation of environmental rights in Section 24 of the SA Constitution, he said: “Simply put, if, as a country, we have decided to engage in the trade in lion bone, which appears to be the case for now, then at the very least our constitutional and legal obligations that arise (in Section 24 and other laws) require the consideration of animal welfare issues”.