Urgent measures are needed in South Africa to reduce the risk of “statelessness” of foreign children in care. Tania Broughton reports. 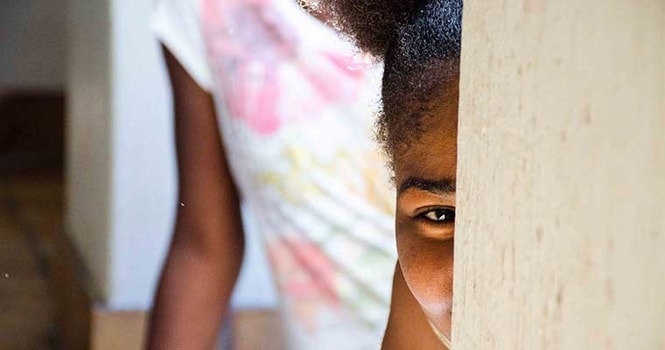 Very little is known about Thembi.

She arrived in South Africa as a baby with her sister and mother in 2002.

She is thought to have been born in Kenya.

Her mother was financially and psychologically unstable.

Found living in a car, the children were removed and placed in a Child and Youth Care Centre  after which their mother disappeared.

The Kenyan authorities in South Africa could not recognize them as Kenyan nationals without required documentation.

Thembi and her sister are at risk of statelessness and have no documentation options in South Africa.

This is just one sad tale illustrating the plight of hundreds of foreign children in care in South Africa whose experiences have now been documented by the Scalabrini Centre (which provides services to migrants and refugees) in a recently released report penned by the Centre’s Advocacy Officer Lotte Manicom.

Data for the study was gathered from a group of 325 children who are in care because they were destitute.

One was Zimbabwean Unati, 16. Orphaned, she was raised by her grandmother who became frail. Unati came to South Africa in search of education and employment.

While she has a Zimbabwean passport, she has no visa. She cannot apply for any immigration permits. Reunification efforts have proved fruitless.

Manicom reports that the documented children are all between the ages of 11 and 18.

They come from 15 different African countries. A third were fleeing conflict, war and persecution.

Less than half entered South Africa with one of their parents, and 70 entered completely alone.

“Most are undocumented,” Manicom says.

“Those that have refugee or asylum status, are documented as “dependents ” of a principal applicant. And most no longer have contact with that person rendering extension impossible.”

Manicom says to have meaningful existence, an identity document is vital.

“A variety of rights flow from such a document; it establishes a nationality, an identity, and an ability to function within a formal society. For a child, an identification document is crucial in their ability to access their most basic rights, and to plan a meaningful future. “

She said attempting to quantify their journeys and lives, risks over-simplification.

“At the core of this, however, lies the lives of hundreds of children – many of whom have uncertain futures, and many of whom risk being deportable once they exit care.

“Present immigration laws and regulations prevent the opportunity for these children to document themselves with study or relative visas – and it is foreseen that many of the children will have no choice but to return to the country of origin once their placement order is no longer valid or extendable.”

Included in the list of  recommendations is that the Department of Home Affairs roll out a “special dispensation permit” to allow them to remain in South Africa and that in certain instances, citizenship be granted.