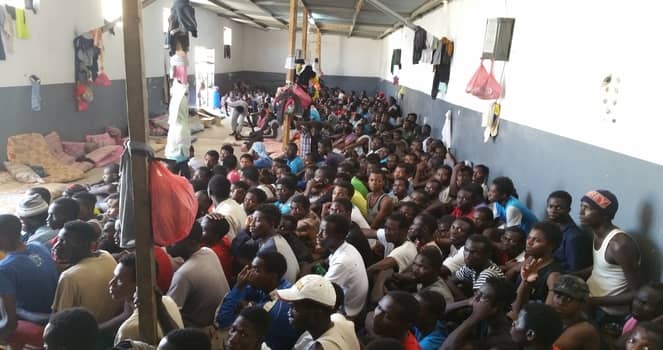 A United Nations mission has concluded there are reasonable grounds to believe that international human rights and humanitarian law are being violated in several detention facilities in Libya, says a recent report.

A copy of the report was presented at the UN Human Rights Council during an interactive dialogue on 30 March. The Council had established a fact-finding mission in June 2020 with a mandate to investigate alleged violations and abuses of international human rights law and international humanitarian law committed in Libya since 2016.

“We have uncovered further evidence that the human rights violations experienced by detainees in Libya are widespread, systematic or both,” stated Mohamed Auajjar, the chair of the three-person fact-finding mission.

"The Mission selected seven detention centres because of the variety of regions and actors concerned. The Mission concluded that acts of murder, torture, imprisonment, rape and enforced disappearance committed in these facilities may amount to crimes against humanity," the report stated.

"In one example, during the non-international armed conflict occurring between April 2019 and June 2020 between the Government of National Accord (GNA) and Libyan National Army (LNA), the Mission documented a case of abduction and repeated torture of a combatant for approximately one year."

While the gross violation in Libya is attributed to the political situation, the reports recommend that the judiciary be strengthened to bring violators to justice.

According to Article 9 of the International Covenant on Civil and Political Rights, a multilateral UN treaty signed by 73 countries including Libya, anyone arrested or detained on a criminal charge shall be entitled to trial within a reasonable time or to release.

"It shall not be the general rule that persons awaiting trial shall be detained in custody, but release may be subject to guarantees to appear for trial, at any other stage of the judicial proceedings, and, should occasion arise, for execution of the judgement."

"Anyone who is deprived of his liberty by arrest or detention shall be entitled to take proceedings before a court, in order that that court may decide without delay on the lawfulness of his detention and order his release if the detention is not lawful," the treaty states.

The Mission’s findings also showed that the United Nations Standard Minimum Rules for the Treatment of Prisoners is also being violated in Libya.

"All prisoners shall be treated with respect due to their inherent dignity and value as human beings. No prisoner shall be subjected to, and all prisoners shall be protected from, torture and other cruel, inhuman or degrading treatment or punishment, for which no circumstances whatsoever may be invoked as a justification," a copy of the policy document reads.