South Africa’s first successful private prosecution for murder has provided many lessons for lawyers, and the main one is to ensure fairness of the trial. Tania Broughton reports. 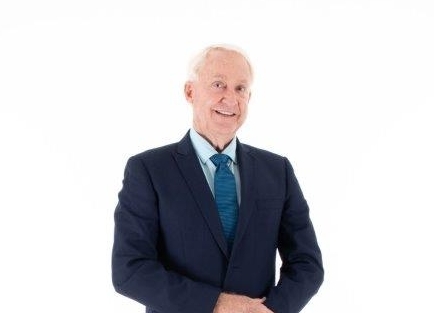 The private prosecution – rare on a global scale – was initiated by Yunus and Sara Asmall, the parents of Rochelle Naidoo, after the State issued a certificate that it would not prosecute her boyfriend, Faizel Hendricks, for her murder.

On the night of her death in June 2005, the couple had been arguing and Naidoo was subsequently shot with Hendricks’ gun in the Cape Town apartment they shared. Hendricks claimed Naidoo had committed suicide, pulling the trigger after she shoved the firearm into her mouth, but the Asmalls said they knew their daughter would never have killed herself.

The family hired top South African lawyer Gideon Scheltema, SC, to take the lead in the private prosecution which resulted in Hendricks’ conviction in 2014. In May 2016 he was handed a 15-year sentence. Hendricks immediately lodged several appeals, and in December 2018 he was granted leave to appeal against the conviction. However, in mid-January 2022 two judges in the Western Cape division confirmed the conviction and sentence.

During the trial, Scheltema painstakingly led expert evidence to show that Naidoo had not pulled the trigger, but that Hendricks had instead forced the gun into her mouth and shot her.

Asif Essa, a member of the prosecution team, said the use of expert evidence was crucial, noting that the appeal judges had commented that it was “pivotal”.

Remarkably, Scheltema is not a fan of private prosecutions for common law offences and believes that without the most stringent fair trial procedures, they could verge on being unconstitutional.

He penned a book about his experiences, called Justice Delayed. Although not a textbook, Scheltema believes it could be of some value to aspiring young lawyers who want to make a career in the field of criminal law, because he details the forensic evidence which helped him win the case.

Speaking to Africa Legal, he said any lawyer wanting to embark on a private prosecution should make certain that all the formal requirements, including jurisdictional facts, were fully complied with to prevent the proceedings being declared a nullity at the outset.

“The private prosecutor won’t be given a second chance to start such proceedings,” he commented. On the issue of trial fairness, he said it could not be over-emphasised. “Every effort should be made to treat an accused fairly during every step of a private prosecution.”

“Private prosecutors and their legal representatives would be well advised to observe all codes of conduct applicable to public prosecutors as overzealous private prosecutions can easily result in an unfair trial,” said Scheltema.

“Sight should not be lost of the fact that an accused is entitled to a prosecution which is substantially impartial, independent and fair. A conviction resulting from an overzealous prosecution may result in a hollow victory for the family bringing such prosecution. An appeal against the conviction on such a basis is also more likely to succeed on a constitutional basis.”

Scheltema said Hendricks had not raised trial fairness in his appeal, a sign that he was treated fairly and that his conviction was founded on solid grounds.