After nearly four years of digging and interviewing witnesses, the commission established to investigate allegations of state capture and other corrupt practices in South Africa has submitted the first part of its report. Among its suggestions is legislated protection for whistleblowers, reports Alfred Olufemi. 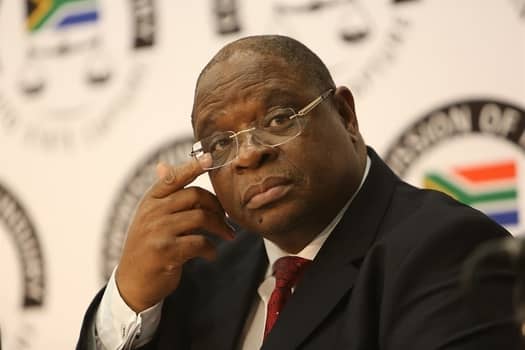 The Justice Raymond Zondo-led Commission of Inquiry recently released part one of the report on its investigation into allegations of state capture, corruption, and fraud in the public sector during former President Jacob Zuma’s nine years in power from 2009.

In the 874 page report reviewed by Africa Legal, the commission recommended the legislated protection of whistleblowers: “That the Government introduce legislation or amend existing legislation: to ensure that any person disclosing information to reveal corruption, fraud or undue influence in public procurement activity be accorded the protections stipulated in article 32(2) of the United Nations Convention Against Corruption.”

It further suggested that whistleblowers should be rewarded for divulging sensitive information “by way of a percentage of the proceeds recovered on the strength of such information”.

It should be noted that at present the Protected Disclosures Act (PDA) of 2017 is the central South African whistleblowing legislation, but it only applies to employees in the public and private sectors while excluding volunteers and independent contractors.

Acknowledging the role of whistleblowers in the ground-breaking investigation, President Ramaphosa said the commission would not have reached this stage if the whistleblowers in various entities did not come forward to uncover some of these acts of wrongdoing. However, he said that the government would not make pronouncements on the findings nor recommendations based on the commission’s report until all three parts of the report have been submitted.

Another group of 22 whistleblowers, Whistleblowers for Change, have also called for a fundamental reform of the Protected Disclosures Act (PDA), among other things. This group includes Martha Ngoye, the suspended head of legal risk and compliance at the Passenger Rail Agency of South Africa, and Bain & Co employee Athol Williams, who reportedly fled South Africa.

Whistleblowers for Change also called on the Johannesburg Securities Exchange (JSE) to establish its own whistleblowing channel for the public and have welcomed Zondo’s recommendation for a State anti-corruption agency with a whistleblower division.

It is believed that these reforms will not only encourage the whistleblowing culture in South Africa but also other countries in Africa plagued with corruption.