The judicial arm of government in Kenya has taken steps to improve the integrity of the 9 August elections by setting up new legal instruments, writes Alfred Olufemi. 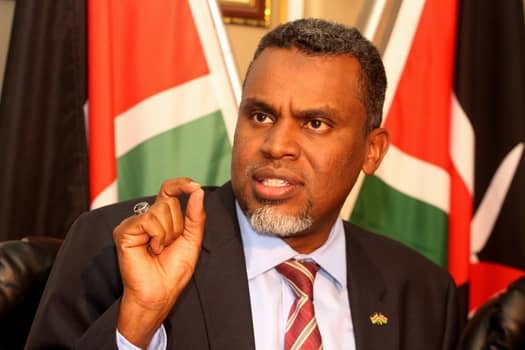 On 9 August Kenya’s electorate will vote for the nation’s president, members of the National Assembly and Senate, county governors and members of the 47 county assemblies. The Director of Public Prosecutions, Noordin Haji, has now set up a justice and hate speech division to deal with cases of electoral violence.

This was revealed after a meeting convened by the Independent Electoral and Boundaries Commission (IEBC) to launch the electoral security arrangement programme developed by the commission and partner agencies. Haji said his office takes the issue of electoral justice seriously and is determined to ensure offenders pay for their crimes at the special courts.

This development comes after the judiciary announced plans to set up five special courts in the hotspot areas of Nairobi, Mombasa, Nakuru, Eldoret and Nakuru to address hate speech cases in the build-up to the election.

"Having a peaceful election free of chaos and violence is a responsibility of all of us. Political leaders must ensure they obey the law and avoid speeches that may lead to the instability of our country. They should maintain peace and ensure their supporters do the same," Justice Koome said.

The National Cohesion and Integration Commission commissioner, Abdulaziz Ali Farah, stated that incidents of violence in campaigns were rampant because "agencies tasked with doing their job are not working". "We would not be seated here if the agencies involved did their job well," he said.

Adegboyega Awomolo, a Senior Advocate of Nigeria, said these courts would effectively handle pre- and post-election cases so that other courts could adjudicate in other civil and criminal cases. He expressed regret over the earlier proposal for the courts “that was struck down due to lack of foresight”.

Earlier this year 18 High Court judges were appointed to constitute Zimbabwe's Electoral Court that will operate from 1 March to 30 August this year in terms of the Electoral Act. That court will have jurisdiction to hear appeals, applications and petitions in terms of the Electoral Act, review any decision of the Zimbabwe Electoral Commission or anyone else made under the Act, and have power to give judgments, orders and directions in those matters as might be given by the High Court.