Uganda’s “forest tribe” - the Batwa people - have been given legal recognition by the country’s apex court which has ruled that they were forcefully evicted, without compensation, from their land for the creation of national parks and a gorilla reserve. Tania Broughton reports. 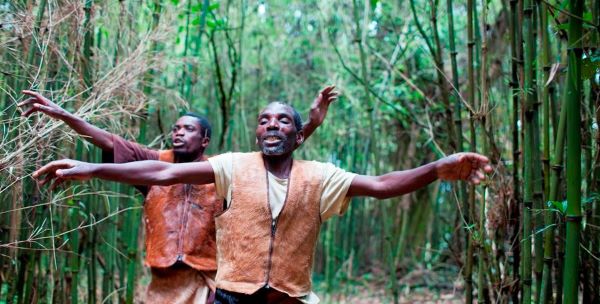 The court has ordered that the matter be referred to the high court for consideration of an appropriate remedy.

“In doing so, I urge the high court that the most important consideration is that the situation of the Batwa people must improve. They find themselves in a vulnerable and appalling situation. They are poverty stricken with low literacy levels. The high court should ensure that any affirmative action measures do not expose them to further exploitation, are practically effective and are enjoyed by all Batwa people,” Judge Elizabeth Musoke said in her recent judgment, on behalf of the court.

The application was launched by the United Organisation for Batwa Development in Uganda and 11 others of Batwa descent against the Attorney-General and the authorities which control the Echuya Central Forest Reserve, Bwindi Impenetrable National Park and Mgahinga Gorilla National park in the south-western part of the country.

The petitioners alleged that the reserves and parks were created on their ancestral land on which they had lived for “time immemorial” - many years before the declaration of a British Protectorate over Uganda.

Presently there are about 6000 Batwa.

They said they have suffered constitutional violations in that they had not been recognised as indigenous people and their rights, guaranteed locally and internationally, had been ignored.

The respondents, in opposing the application, said the Batwa had never owned the land or the houses they lived in.

They lived a “nomadic life” as hunter-gatherers and had no specific ownership rights.

The judge referred to affidavits submitted by individual Batwa who told of how soldiers had used excessive force during the evictions and that people had died.

They had been deprived of access to their religious sites.

They had been forced to live as squatters, and at the mercy of non-governmental associations who have provided them with land.

One told of how fewer and fewer Batwa spoke their language or practised traditional customs and said there was a danger that their languages and customs would die out.

The judge said: “On the evidence, I find that it has been established that prior to the advent of colonial rule, the Batwa people inhabited the relevant lands which from the 1930s through to the 1991, were declared either as forest reserves or game parks. Their eviction left them landless.”

She said the respondents had been “evasive” and had attempted to paint the Batwa as people “who merely encroached on the relevant public lands”.

The judge ruled that the concept of affirmative action, as stipulated in the 1995 constitution, had application and their claim deserved recognition.

“They are a group of individuals who have been marginalised on the basis of historical reasons following their eviction from the relevant lands without adequate compensation, in fact, no compensation.

“This left them landless, and has severely affected not only their livelihoods but has destroyed their identity, dignity and self worth as a people and as equal citizens with other Ugandans.”