Legal Fees in the Spotlight

A debate on legal fees in South Africa has highlighted the need for the profession to become more “tech-savvy” to give client’s value for their money and compete in other countries in Africa. Tania Broughton reports. 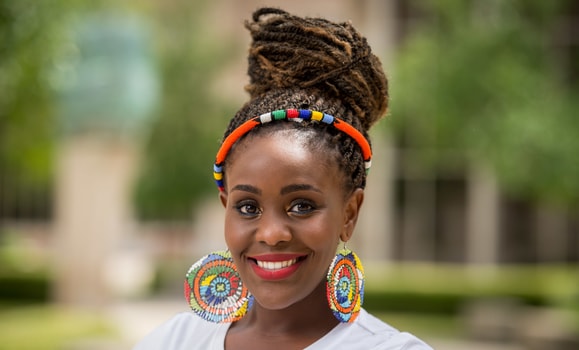 Introspection and innovation were two of the core themes in the debate hosted by Legal Werk, an initiative launched by Johannesburg-based attorney Tiyani Majoko 18 months ago to enhance the work, lifestyle and journey of legal professions.

“There often seems to be a chasm between professionals and clients in their perception of the value of legal services” Majoko says of the timing of the debate - which involved in-house counsels, a legal practice management expert and representatives of the profession.

“Not only do we have new regulatory system under the Legal Practices Act, but

the South African Law Reform Commission is undertaking an investigation into legislation which deals with fees,” Majoko told Africa Legal.

In the discussion, Majoko says the panel highlighted the African Continental Free Trade Area agreement, which has opened doors for lawyers to interact with regional and international colleagues who use different pricing or billing models.

A major issue is that when lawyers and clients think about value, they are thinking about completely different things and this is even more heightened when it comes to pricing.

For example, she said, a large corporation will at times need either capability - when there is a matter which needs to be resolved at any cost - or capacity, when internally the corporation just cannot cope with the influx of legal issues.

“The complaint is that lawyers will charge the same for either, without making a distinction of what the client needs at the time.”

“It also seems that the human element - making the client feel informed and reassured - also plays a factor in what is considered value for money. It’s not only about winning or losing.”

A big topic of the debate was the affordability of legal services for individuals and start ups - which is part of the focus of the law reform probe.

In South Africa, corporate, wealthy clients can afford to pay for the “big gun” law firms and indigent people are serviced by legal clinics and legal aid.

But the emerging middle-class - and young companies - is left out in the cold.

“There is definitely a vacuum which needs to be addressed,” Majoko said.

Another issue raised was “over reaching” among advocates and the disparity between, for example, what a struggling young advocate can earn as opposed to a senior advocate who can charge R7 million for a seven-day trial.

There was also discussion around the need for in-house counsel at major corporates to have more communication with small law firms so they can inform them of how they can improve their offerings to large corporates.

Majoko said to remain competitive these small firms needed to find a way to collaborate and create a “virtual” mega firm among themselves, to increase client value, scalability and sustainability.