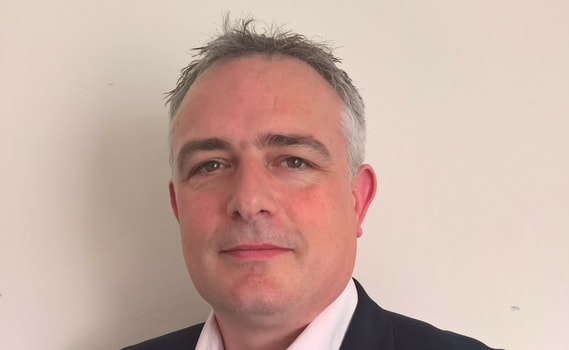 In a sense, he is a matchmaker. And, he has a strong background in that.

“I was working in London for a company which worked with the Foreign Office to bring delegations from African governments over to the UK. We would organise bilateral meetings and investment events,” Lang says.

“But there was a gap. The delegates wanted to know how to get further reach into markets, such as agriculture, energy and education and I saw that much could be done through Scottish/African partnerships.”

And so, he started his own company which brought in various delegations to Scotland. At the end of 2018, he organised a Heads of Missions meeting which saw 18 African ambassadors and trade teams descend on Edinburgh for three days.

“What came out of that was many of them had not been to Scotland and had no knowledge of business here. It also became apparent that Scottish businesses did not have a route to Africa in terms of looking for opportunities and partnerships.”

Now SABA is partnering with Africa Legal, which Lang says, has been a comfortable fit as he shares the same ethos as Africa Legal founder Scott Cowan which is that “learnings must go both ways”.

“We will be working together to create a proper business community between Scotland and Africa.”

For Cowan it is a partnership that he knows can help build new links between Scotland and countries in Africa.

“With us both having an unparalleled reach across Africa and complementary networks, we see this as an opportunity for some great deals to be transacted,” says Cowan.

Lang describes SABA as a chamber of commerce - a not-for-profit membership-based organisation – but, with a difference.

“We are trying to do things differently. We are not throwing out a wide net and seeing what we can catch. We are trying to be targeted and focused on finding opportunities and matches with a view to joint partnerships,” he says. “We are determined that it will not be a one-way operation - we want a proper business community between Scotland and Africa.”

SABA has an impressive board: On the energy side is James Crawford, who ran the Wood Group in Africa for 20 years; health care expert Craig McLaren was the MD of  Johnson and Johnson Medical for Africa and the Middle East; the agriculture portfolio is led by Elaine Alexander, a Scot who spent 35 years in South Africa and worked as a deputy director in the Department of Agriculture and who has a huge network and passion for expanding Scotland's footprint into Africa and vice versa.

It also has an advisory board, representative of the London-based High Commissioners of Kenya, South Africa and Ghana.

“We really believe that Scotland and Africa should have much bigger trading relationships. There are huge historical ties, and ties through Scottish university alumni - you will struggle to find an energy ministry in Africa which doesn’t have people who have studied here.”

Some of SABA’s successes so far have been an MOU signed between maritime trading colleges in Glasgow with the Bandari Maritime College in Mombasa, Kenya, for skills training; a consortium of colleges and universities working on agricultural projects, and a deal with a Scottish soft fruit company to expand growing operations on the continent.

Relationships are key, Lang says, and SABA has those in many African countries, including South Africa, Kenya, Namibia, Ghana, Angola, Mozambique, Tanzania, Senegal and Nigeria.

“Africa is not a difficult place if you know how to do it, how it works, and who to speak to. So, through our board, our members and our contacts we can mitigate a lot of risks.

Lang says a big push this year will be to engage with and bring in Africa-based members into the organisation.

“We are very vocal about working with local partners. It’s very difficult to do it yourself, you have to work with partners, and it will work out better for you. We are also building up a group of key advisors in each country. These are local people who we know and trust and we can say to Scottish companies they can assist you.”