When I. Stephanie Boyce takes over as deputy vice-president of the Law Society of England and Wales, she will be the first black woman in the position, and the first in-house solicitor to be an elected office-holder. Tania Broughton reports. 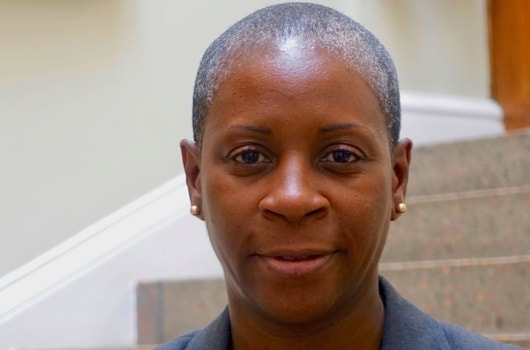 Boyce, director of Stephanie Boyce Consulting Limited, a consultancy that advises on the management and good governance of organisations, is proud of her roots.

She tells how her mother, who was born on the Caribbean island of St Vincent, came to England in 1967 at 12 to join her parents, who had migrated in search of faith, hope and opportunity.

Her father, from Barbados, was already in England having arrived three years earlier seeking a better life.

Boyce was born and raised in Aylesbury in Buckinghamshire - where she still lives.

Her family relocated to America in 1985 and she lived there for six years.

“But I always knew that I would return to the UK to study law.

“I had a strong sense of justice in response to injustices unfolding around the world. I was interested in how the rule of law could impact on individuals as citizens and their right to self-determination. I always wanted to effect and be part of that change.”

So the day after she finished high school, she headed home.

She graduated with an LLB (Hons) with politics at London Guildhall University in 1996. After that, she progressed to the LPC at the College of Law in Guildford.

“I passionately believe in good governance. It is vital to supporting the rule of law which, in turn, enshrines a commitment to transparency, and accountability - which leads to stability and sustainability and a prosperous economy.”

In her consultancy role, and in her new one at the law society, she aims to be inspirational.

“I want to be remembered for making a positive difference.

“It is my passion to live a life in service to others. Through sharing we can each reach our true potential.”

It is a thrill, she says, when young women lawyers thank her for inspiring them to push further in their careers. One has just been appointed as a judge.

She put herself forward for the deputy post because, “I believe that, through collaboration and speaking with a collective voice, we can effect change”.

They each hold office for one year and next year Boyce will automatically become the vice-president and then president.

There have been five women presidents so far. The present incumbent, Christina Blacklaws, has vigorously campaigned on gender equality, and has been a trailblazer for women in law.

“I will be the first black woman to hold the position of president in 2021/2022 - marking 100 years since the first woman entered the legal profession. It’s going to be quite a year.”

Boyce says the legal sector is going through unprecedented change driven by technological and market developments.

“There are big changes on the horizon in the way solicitors qualify (SQE), consumer behavior is changing and there are significant regulatory reforms that the profession will be navigating during my time in office.

“There is also of course, Brexit.”

Managing and governing uncertainty is a major challenge. The ability to adapt quickly and be resilient in the face of change is vital for the profession and the Law Society to succeed, she says.

“We must stress the contribution solicitors make to the economy and wider society, as we press government to properly fund our justice system so it is equitable, accessible and affordable.”

In her downtime she practices mindfulness. “I also love to listen to classical music, to cycle and even indulge in a bit of intrigue with Agatha Christie!”