The General Counsel Forum, hosted by Hyve Group and Africa Legal, at the Investing in African Mining Indaba in Cape Town on February 6, focused on the crucial role of sound legal support in mining. Di Caelers was at the event. 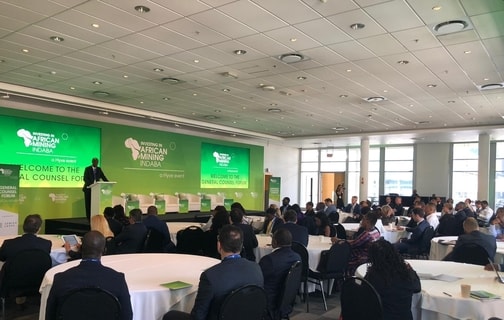 Mining companies that cement meaningful partnerships with African governments based on transparency and trust, backed by a willingness to share information and boost local resources, will reap significant benefits.

That was the advice from Stephen Karangizi, director and chief executive officer of the African Legal Support Facility, during his keynote address at the General Counsel Forum held in Cape Town, South Africa, on Thursday, February 6, 2020.

Aimed at providing a platform for discussing the key regional and global legal trends facing mining lawyers working in Africa, the well-attended meeting was one of the closing sessions at the 2020 Investing in African Mining Indaba, the largest mining investment event in Africa.

Karangizi, advising delegates on the opportunities for expediting negotiations between mining companies and governments in Africa, said strong partnerships were critical to overcome challenges that include lack of resources, instability thanks to regime changes, and the high cost of doing business in environments where good governance cannot always be guaranteed.

The time had come, he suggested, for General Counsels for international mining companies to harness the key tools essential for concluding and putting in place such relationships. These included:

“Ensuring that these relationships are grounded in trust means they will last longer and that it will be easier to conclude arrangements in terms of investments,” Karangizi said.

He identified lack of relevant data and information critical for decision making by African governments as a significant hurdle to the successful, timely conclusion of negotiations with mining houses.

“Most of the governments don’t have institutions that are well-resourced. They lack the data and information, and the financial resources, making it difficult for them to conduct serious negotiations with potential investors.”

Lack of good governance compounded the issue, presenting a further challenge for mining companies: “We still have low ratings in terms of corruption perception for many of our countries, which means that for many the cost of doing business is high.”

Karangizi told the lawyers they were best placed to know “that it is always good to put in place measures that mitigate risk of conflict”.

“Effective partnerships between governments and mining companies is an absolutely critical element to overcome the challenges I mentioned,” he said.

Commenting on the value for lawyers of Karangizi’s insights, session moderator Richard Blunt, a partner in Baker McKenzie London's Corporate Department, said the Forum provided a rare opportunity to consider common themes running through the industry.

“It’s too infrequent that the people who are running the legal function at each of those companies get the chance to get together and see and talk to each other, chat through about what the issues that face us all are. We can learn a lot from having these sorts of conversations,” he added.

His view was echoed by fellow moderator Stephen Shergold, a partner in the Environment and Natural Resources team at Dentons, who said such sessions were critical to support the current change of the legal function within the value chain.

“What’s terribly important is that legal can articulate its value and can demonstrate, at the strategic level, the impact that it can make in value generation. We see ourselves right now in a period of great change, and part of that change is being in and of the community,” he said. 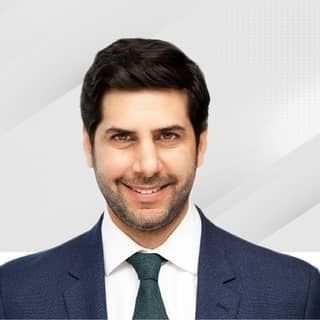