In the course of assisting nations with policy formulation, William Kosar, a senior legal advisor, law professor and institutional development professional, has been caught in war situations in numerous countries. He spoke to Alfred Olufemi about the ongoing conflict in Ukraine and how it impacts the justice system. 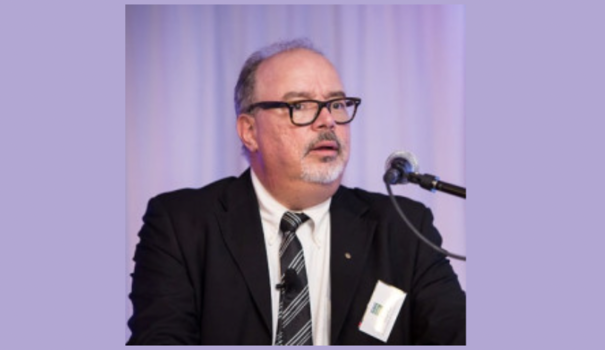 On 24 February the world woke up to reports of Russia’s military forces invading Ukraine. Several cities and airbases in Ukraine have been bombed since then, hundreds if not thousands of people have lost their lives, and approximately two million people have fled from Ukraine to neighbouring countries.

While Russia calls it a “special military operation”, most of the world has taken a much harder view of the current situation. “War crimes being committed, exterminating Ukrainian civilians and culture, destroying hospitals and schools, not to mention opera houses and museums. It’s a genocide,” concluded William Kosar, a Kenya-based legal practitioner and law professor.

Kosar agrees with the many international bodies and countries that have maintained the attack was unprovoked and illegal. “I am upset because I have grown up and been friends with Ukrainians all my 65 years.  We had many in Canada as my family comes from a related ‘tribe’ to put it into an African context,” he said.

Having lived in numerous war-ravaged countries including Somalia, Afghanistan, Iraq, South Sudan, Bosnia and Rwanda, Kosar knows what war does to a country and its systems. “How can you get access to justice if bombs are going off or the judges are in hiding?”

Kosar understands some of the horror citizens in Ukraine must be feeling because he had his fair share of terrifying experiences while working in countries as bombs fell around him. Some of the worst were in April 2017 in Somalia, where civil war is still raging decades after it started.

“The Somalians were laughing at me because whenever I heard a boom or bang I was shaking. I was trying to be brave but they told me to get down. I had to crawl into a corner under the boardroom table to make a call,” he explained

As Kosar knows from personal experience, there is a lot of work for lawyers once the conflict dies down. He has worked throughout the world assisting governments and private sector entities with legal reform, legislative drafting and capacity building. Having worked extensively on post-conflict interventions, he knows how diverse the challenges can be.

On one occasion he had to help train Afghanistan’s judges on commercial law. “They had no idea how to handle commercial disputes. They just went by what the Holy Quran said. Only about 40% of the group that I taught had any civil legal training; the rest were only trained in Shari'a law,” he told Africa Legal.

There is also important work for lawyers to do in the midst of war situations. Along with many other organisations, the Law Society of England and Wales has condemned Russia’s attack on Ukraine. A number of lawyers, law firms and non-governmental organisations (NGOs) have formed a coalition called Ukraine Justice Alliance. They will offer legal expertise and support to Ukrainian people, Ukrainian NGOs, civil society organisations and the government of Ukraine.

The group plans to focus on activities such as accountability and prosecutions, evidence-gathering and information provision, and strategic refugee and asylum advice. The immediate focus is on practical assistance for Ukrainians on the ground and critical legal issues, such as immigration and preservation of evidence.

In the meantime others, like Kosar, are donating through the Disaster Relief Fund of Rotary International.