Lawyers Can Be Technocrats Who Effect Change

Mojisola Olugbemi is the managing partner of Stark Legal, the law firm she started five years ago in Lagos. She spoke to Africa Legal’s Ife Ogunbufunmi about being part of rethinking Nigeria’s oil and gas law. 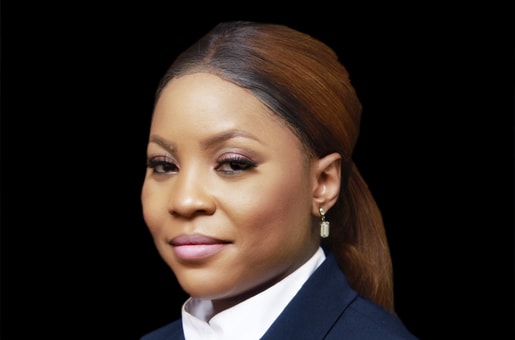 Mojisola is best known in Nigerian legal circles for her recent work with the Federal Government of Nigeria on the drafting of the Petroleum Industry Reform Bill (PIB).

“After several unsuccessful attempts to pass the Bill, the Federal Government of Nigeria decided to try yet again,” she says.

It was then, under the distinguished leadership of Chief Sena Anthony, Mojisola had the opportunity to act as one of the experts drafting this comprehensive new legislation.

This Bill addresses all governance, fiscal and social issues affecting the efficient administration of the Nigerian oil and gas industry.

For Mojisola, it has been another step up the ladder in building her career as a distinguished expert in an industry that dominates the country’s economy. Her involvement in litigation and alternative dispute resolution meant she had already represented Mobil Producing Nigeria Unlimited (a subsidiary of Exxon Mobil), Matrix Energy and the Nigerian National Petroleum Corporation. Outside the oil and gas industry, she has worked for Lufthansa, Access Bank Plc, and others, on a range of issues – some of them environmental.

“Environmental issues in Nigeria, are vast,” she says, “They range from gas flaring to oil spillage and oil pollution, noise pollution, blowouts or explosions due to the abandoning of oil wells. And that’s just the tip of the iceberg!”

The Lagos-based lawyer is a member of the Chartered Institute of Arbitrators (UK) and has been involved in several arbitral proceedings as the Registrar to the Arbitral Tribunal.

She is also a member of the Nigerian Maritime Law Association and holds an LLM in International Commercial and Maritime Law from Swansea University in Wales. She has, however, carved a niche for herself in oil and gas law practice.

Close to her heart are vulnerable women especially those who live in environments where they endure domestic violence. To this end, she serves in the legal unit of the Awesome Treasures Foundation, a faith-based non-governmental organization that works to effect positive change in society.

On Nigeria, Mojisola is upbeat. Lawyers, she says, must be at the forefront of nation building, not necessarily as politicians, but as technocrats who fix problems. Easing bottlenecks - caused by unnecessary bureaucracy and petty regulations – will encourage investment in Africa’s biggest economy.

“A recurring challenge in my work is unfavourable government policy. But, with the ongoing intervention of the Nigerian government to create an enabling environment for businesses, the situation should improve.”

Starting out, Mojisola took flak from the establishment for being presumptuous enough to open her own law firm.

“Weekly meetings with one of my mentors helped me quickly ascertain my goals and map out plans and timelines for achieving them,” she says. It was this guidance - by people who believed in her – that helped her to keep going and succeed.

By being committed to seeking knowledge, her earlier years in legal practice were spent on mastering different aspects of law.

“As a young lawyer, I was hungry for knowledge. I wanted to be dynamic and be skilled in all areas of law.”

Her advice to young lawyers starting out is:

She grew up on the University of Lagos Campus. Her father was a political science professor and a well-known political analyst while her mother was a teacher with a keen interest in children with learning disabilities. From her parents, she imbibed, from a young age, the spirit of excellence and the essence of trust and integrity.

She is also an alumnus of the Harvard Law School Executive Education Programme, where she attended the Leadership in Law Firms Course in 2017.

As 2019 gets underway, Mojisola is positioned for new opportunities. She intends to “practise what I preach and be the change I seek by accepting a role in government where the opportunity arises’’.

For leisure, she enjoys traveling and exploring other cultures – and to keep fit does kick boxing. Sunday afternoons are often in front of the television watching the Formula 1 Grand Prix.