Law is a “Noble Profession” 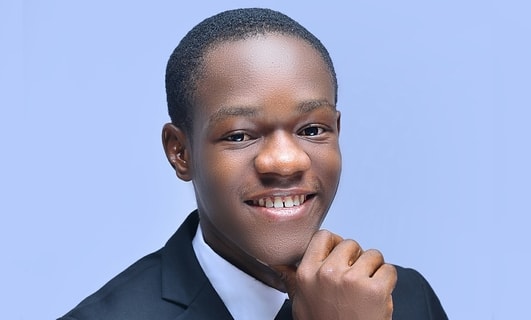 The 22-year-old from Enugu State, in south-eastern Nigeria, has an internship with Templars under the belt and is ready to expand his knowledge of arbitration, corporate law and international law.

Why did you study law?

Growing up, I saw lawyers as noble people in society and admired them greatly. With time, the impact of the profession in causing positive societal change became clearer to me and this informed my decision to study law.

Is there anyone who inspired you to go this route?

Yes, the two people who inspired me most were: The late Chief Fawehinmi, SAN. He was was an icon in advocating human rights protection and is one of the legal luminaries I aspire to be like. And, the other is Mr Olisa Agbakoba, SAN, former president of the Nigerian Bar Association. I have read about him in the newspapers and admired his feats in maritime law. These men are beacons of hope to me, showing that, with hard work, focus and vision, I can excel in the profession despite any obstacles that may come my way.

Both your role-models were committed to civil rights. Could you give your view on the importance of a strong judiciary in a democracy?

In an ideal democratic setting, a fearless judiciary preserves the rule of law. Without the judiciary, the executive, legislative and almost anyone can act in any manner they please. The judiciary, armed with the law, plays a pivotal role in sustaining the advancement of the rule of law, the protection of human rights and maintaining order in society. In Nigeria there are clogs in the wheels of justice dispensation including disobedience of court orders, ineffectiveness in enforcing court decisions, allegations of corruption, prolonged litigations and so forth

The judiciary needs to be empowered with mechanisms to enforce judgments – even when they go against the government. This will relieve bottlenecks that, over the years, have delayed justice.

Also we need to embrace ICT innovations to ease the docket load.

If these things can be done, then the judiciary in Nigeria can attain the desirable level of impartially and swiftly dispense justice.

You interned with Templars, a major name in Nigerian law firms. Could you tell us about the experience?

The firm has a culture of promoting talent and creating an enabling environment for young interns to learn. I had the opportunity to be mentored by some of the associates, one of whom was Ms Adaobi Madubuobu. It was a great experience that enabled me to see, up close, the practice of law in real time.

A law student wanting to build their curriculum vita through internships needs to get organized early. Most internship jobs are in the holidays so it is advisable for an applicant to submit their application months before and diligently follow up.

Much of Nigeria’s legal system reflects the era of colonial rule. Isn’t it time for an overhaul to make it truly African?

Nigeria is a former colony of Britain and was thus governed by British laws. Even after independence, we retained most of their laws. Our legal system is still, to a large extent, based on the English Common Law. Look at Section 45 (1) of the Interpretation Act. This provides that, the Common Law of England and the doctrines of equity and the statutes of general application - which were in force in England on January 1, 1900 - are applicable in Nigeria, only in so far as local jurisdiction and circumstances shall permit. Some states in Nigeria still make use of The Wills Act of 1837 for instance. And they use contract/tort laws modeled after the English system. In the same vein, the Nigerian Rules of Evidence borrow from the English Rules of Evidence.

Would a pan African network of lawyers grow democracy on the continent?

Definitely! International Lawyers for Africa (ILFA) is an example of an association that has, over the years, shown true commitment to developing African lawyers and promoting the rule of law on the continent. I believe, as the years go by, more associations will be established to grow a strong network of lawyers who are keen in ensuring that democratic principles are entrenched in Africa.

Legal practitioners wield so much influence as agents of change in any society. By coming together, they can harness their influence through solid networks to lubricate the mechanisms that would entrench the much sought ‘democratic ideal’ and with it human rights protection, due process and advocating good governance.