Land of Opportunity | Bird and Bird

Clive Hopewell is praised by clients for his “tough professionalism” and remarkable knowledge of investment opportunities in developing economies. The Bird and Bird partner spoke to Carol Campbell. 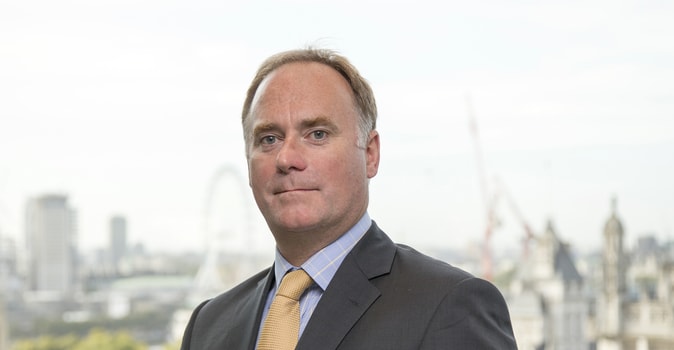 It is the scale of Africa, the remoteness of her best opportunities and the ever-present element of risk, balanced by opportunity that appeals to Clive.

He tells the story of how, at his previous firm, the day after returning from a two year stint with the London Stock Exchange, he found himself on a flight to Uganda the night before the presidential election. Arriving in Kampala, the city tense and deserted, he pushed on to the foothills of the Rwenzori Mountains, where, in subsequent days, he helped organise the sale of the largest tea plantation in Uganda.

“It was a fascinating 10 days with a successful transaction completed soon after,” he says.

It is an anecdote that illustrates the unpredictable nature of doing business in Africa. Yet, Clive says, UK-based investors have a long history and good knowledge of where to spend their money and are not easily put off.

“They are relatively thick skinned when it comes to the risks associated with investing in certain countries but political risk is a key issue for them.”

Sudden changes in government policy – especially in the mining sector - such as the imposition of new taxes and restrictions on exports, as has happened recently in Tanzania, may have a detrimental effect on investment, he says.

Mining is a key focus for Clive's clients wanting to go into Africa.

“I've largely been involved in the sector through my Capital Markets practice, with companies coming to London seeking finance to invest in mining projects throughout Africa.”

This has meant being involved in projects across the continent, from gold in Zimbabwe, to platinum in South Africa, gems in Mozambique, among others.

Other sectors attracting investment are those that relate to the fast growing middle class in cities like Nairobi, Addis Ababa and Lagos.

“They all require the shopping malls, the fast food outlets, cinemas, hotels and data centres that we take for granted in the West. Meeting these growing demands is attracting a huge amount of FDI.”

While his work takes him into developing economies across the globe, when he gives of his free time, it is in Africa – through the Xavier Project and the Nos Vie en Partage Foundation.

He became involved with the Xavier Project while on a sabbatical in 2013 spending a month with the education charity in Kampala. He is now a director and trustee.

“In those days the charity was wholly focused on sponsoring children through primary school. It has since grown and we now have two limbs - one supporting mainly refugee children in Nairobi and Uganda, to get into schools and then being there as they progress in their education.”

In addition to helping with fees, the charity provides teacher training, English language support and safe hubs where children can access books, computers and do their homework safe from the streets,” he says.

“The second limb is to support young people once they've left school; to give them the opportunity to find work. We provide IT training and careers advice.”

He is also a trustee of the Nos Vie en Partage Foundation, which was set up by Randgold to support people in the wider region where the company operates and who would not otherwise share the economic benefit from operations.

For Clive, the opportunities in Africa are endless and as long as clients are aware of the risks and are well advised, they should embrace them!