Kenyan president-elect William Ruto will be inaugurated on Tuesday, 13 September, but his ascendancy to the highest office in the East African country has been a fiercely contested one, writes Annie Dorasamy. 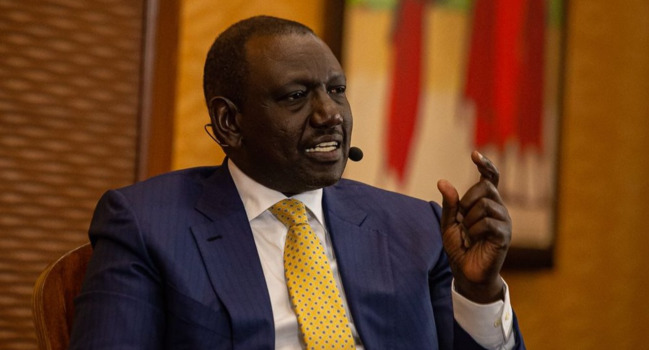 The decision by the Kenyan Supreme Court last week to uphold president-elect William Ruto’s triumph in the country’s recent election, has been described as a win for democracy.

Blockchain technology coupled with sophisticated vote tallying mechanisms was able to quash unsubstantiated claims of vote rigging brought before the court in an attempt to declare the election results between Ruto and his opponent, Raila Odinga, moot.

In a 30-page summary, Kenyan Chief Justice Martha Koome dismissed, due to a lack of evidence, nine petitions (consolidated into one) that largely centred on the rigging of the August presidential election results, said Advocate Henry Gichana, a member of the team of lawyers representing Ruto.

Gichana was speaking at a webinar hosted by the Dullah Omar Institute for Constitutional Law, Governance and Human Rights, of which he is also a doctoral graduate. Discussion focused on the outcome of Kenya’s presidential elections and the impact of this on constitutionalism and politics.

Detailing the hybrid electoral system used in Kenya, Gichana said despite all the security features and measures put in place by the Independent Electoral and Boundaries Commission (IEBC) to ensure the integrity of the election, a number of issues arose.

“But the court found in favour of the respondent (Ruto) in each of the particular nine grounds and was harsh against the petitioners (Odinga and others). Most importantly there was a unanimous decision that the elections were free, fair and transparent,” Gichana highlighted.

What this meant for constitutionalism and politics in Kenya, said Gichana, was that there has been a gradual but steady progress towards free and fair elections that are transparent and administered in an impartial, neutral and efficient manner, and those results were accurate and accountable.

“Even when you look at the judgement, it focuses on trust and how transparently these elections were conducted. In a sense there is an improvement now of trust on the part of the electionary body,” he said.

Gichana added that the outcome was important for constitutionalism as grave allegations were made against the state security agencies and senior members of government. He told webinar attendees that the chairperson of the commission submitted an affidavit to the court stating that a former attorney general approached the chairperson at 3am to moderate the results, saying he did the same while in office to ensure law and stability, but the chairperson refused to be swayed.

Dr Conrad Bosire, an alumna of the Institute and former Chief of Staff in the Kenyan Judiciary, also spoke at the webinar and said the positive impact of the presidential election petition being cancelled set the basis and tone for change.

Bosire said the electoral management body has improved in terms of management of the process. “The uncertainty of the court or ballot victory (even to the incumbent or incumbent’s preferred candidate) is a score for constitutional democracy. The power of citizens is now more apparent than the myth of ‘deep state’ or system,” he commented.