The judiciary in Kenya is under siege because of budget cuts and undermining by corrupt government officials, Chief Justice David Maraga has said. Tania Broughton reports. 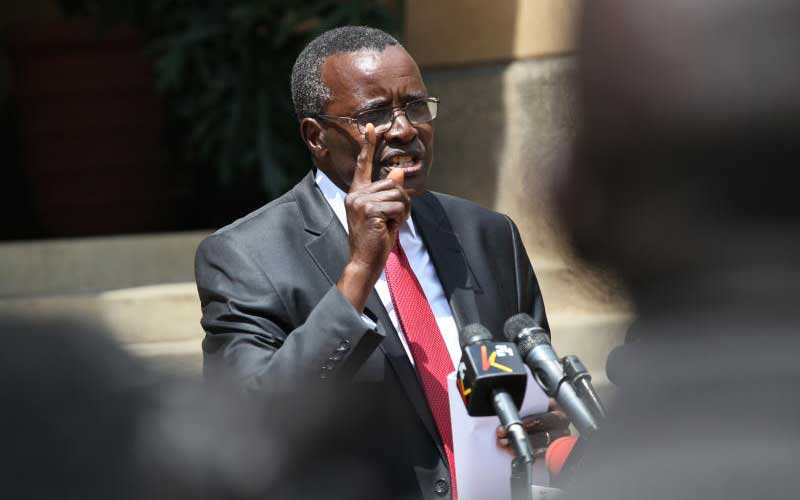 Maraga did not mince his words when he stood before members of the media for almost an hour last week.

“We are being starved of funds,” he said.

“We do not ask for a lot of money. But as our budget dwindles, so our workload has increased.”

His extraordinary press conference - which is now on You Tube - was to rebut allegations by some politicians that there had been no budget cuts and that he was “playing politics”.

“The judiciary does not play politics,” he told reporters.

He said the latest round of budget cuts meant there was no money for travel, mobile courts had ground to halt and case backlog reduction had also come to a halt.

The appeal court would also no longer be able to sit in other parts of the country.

“We had plans in place to harness technology. To use e-filing and electronic revenue collection. We wanted to automate anti-corruption courts to speed up the hearing of corruption cases but now we cannot even pay for wifi.”

He said be believed the judiciary was under attack and cautioned the legislative and the executive to “stay in your lanes”.

Maraga said he had heard of people saying he would be removed from office by the end of the year.

“Really? I am here to serve the people of Kenya. I am not serving at the pleasure of anyone else.”

He said the judiciary “does not go out and look for cases” and regarding tender corruption cases, the people shouting the loudest that the judiciary was interfering in government work, were the senior government officials and their cronies behind the tenders.

“These are the people who are trying to cripple the judiciary. And these are the people I am supposed to talk to to give me money to run the department. I am not asking for any favours. We are talking about public funds top provide a service to the people.”

Maraga said he was also being treated contemptuously. He was told it was “wasteful” for him to drive a Mercedes when it was fine for the speaker of the national assembly.

Recently, when attending official functions, he was shown in through a side passage and was not introduced along with the other guests.

He was also barred from using the VIP airport lounge when he was travelling with Chief Justices from other countries.

He said the government was not leading by example and was ignoring hundreds of claims for damages, already ruled on by the courts.

But in a nod to President Uhuru Kenyatta, the Chief Justice said with regards to stamping out corruption:“I am 100 % with the President”.

“We all want criminals behind bars. But there has to be due process. And these cases don’t take a day or two. I have 10 magistrates sitting daily with these matters.

“But I will not allow my judges to be attacked unfairly. I will defend them. But they know if they are involved in anything fishy, I will be the first one to expose them.”