Keeping the Pressure On

In the final of a three-part series on South Africa’s Equal Education Law Centre, Tania Broughton looks at the organisation’s role in broader research and advocacy in the education arena. 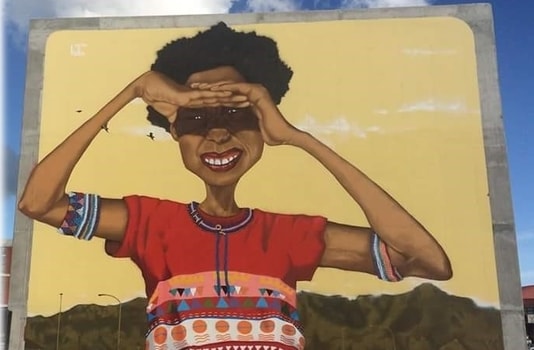 In 2019 alone, the centre (known as the EELC) has made various submissions on issues ranging from gender identity and sexual orientation in schools to the relationship between land and education justice.

The EELC works collaboratively with other organisations on its submissions and advocacy. One example is its collaboration with its sister organisation, Equal Education, and social justice activist group, Section27, in making submissions to the Zondo Commission, established by President Cyril Rhamaposa to probe allegations of state capture.

“The report (to the Zondo Commission) highlighted the significant, although often unseen, impact of state capture and corruption on the realisation of learners’ constitutionally enshrined right to basic education,” Executive Director Nurina Ally said.

It detailed case studies which showed up state capture, fraud and corruption by public representative in the delivery of education-related services. These included “dubious dealings” in the Eastern Cape schools’ nutrition programme and “outright” corruption in infrastructure procurement.

The report outlined “the direct impact of corruption and state capture on the government’s ability to deliver services in respect of key components of the right to basic education, such as textbooks and infrastructure, including adequate sanitation”.

Among its recommendations were that direct action be taken against those involved - including possible criminal charges - because “unless individuals are held to account for corrupt practices, impunity will continue and the poorest members of the community will continue to bear the brunt of the effects of corruption”.

EELC’s recent advocacy work has been in the field of the right of children to engage in peaceful protest without the threat of criminal action.

“Drawing on our experience in supporting child activists and litigating on the right to protest, in March this year we made a submission to the UN Human Rights Committee on the importance of this right for children in particular. We asked the committee, among other things, to emphasise the positive and negative obligations of states to promote and protect the right,” Ally said.

This year the EELC published a report on the “State of Education: Trends and issues characterising the education sector over the last five years (2014-2019).” The report is a review of many key issues in education, drawing on the work of the EELC in the areas of school infrastructure, scholar transport, exclusionary admission practices and early childhood development.

The report enabled engagement and provided an opportunity to speak to ordinary people as well as education stakeholders, including academics and teacher unions, government and Parliament.

Last month, the EELC presented its recommendations to the Parliamentary Portfolio Committee, including requesting information from the Department of Basic Education regarding its plans to improve data systems relating to early childhood development and its plans to clarify and confirm the roles and responsibilities of governmental departments in administering the learner transport function, amongst others.

The Equal Education Law Centre Trust is a registered non-profit and public benefit organisation in South Africa. The EELC is governed by a Board of Trustees chaired by Justice Catherine O'Regan. Details on how to support the EELC are available on its website: https://eelawcentre.org.za/donate/.