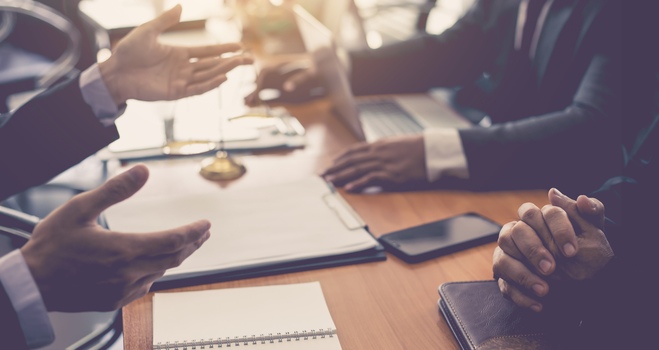 The world is moving inexorably towards globalisation so it would be foolish not to appreciate the growing appeal of arbitration for businesses wanting to settle cross border disputes quickly and on a level playing field.

Arbitration is an alternative form of dispute resolution, outside the courts, using specialist arbitrators. More companies are signing up because it is, to borrow an advertising slogan, simpler, better, faster.

The development of international arbitration in the modern era relies on The Convention on the Recognition and Enforcement of Foreign Arbitral Awards, also known as the New York Convention, adopted by the United Nations in 1958. It arose out of dissatisfaction with two Geneva conventions dating from the 1920s and was instigated by the International Chamber of Commerce.

In Johannesburg Deline Beukes is the chief executive of CAJAC Johannesburg or the China-Africa Joint Arbitration Centre, established in 2015. It is a subsidiary of the Arbitration Foundation of Southern Africa (AFSA) named by the influential King III report on corporate governance as a preferred dispute resolution authority.

AFSA and CAJAC are private institutions that were given a huge boost in 2017 when the South African government enacted the International Arbitration Act, bringing things in line with the UNCITRAL Model Law and the New York Convention.

International investors need certainty when a dispute arises involving a large commercial contract. Investors choose to avoid local courts because they are not familiar with the legal system of a foreign country and to submit to a foreign court is often problematic.

In South Africa, AFSA and CAJAC are the only institutions that offer full-service administered international arbitrations. They have their own staff and premises with branch offices in all the major centres. All AFSA centres offer modern and convenient facilities for conducting arbitrations.

The first step to ensure that commercial disputes are efficiently resolved is to include a dispute resolution clause in any commercial contract.

This usually stipulates that, when a dispute arises it will be referred to and resolved by the institution chosen by the parties.

Beukes explains that, when a dispute arises, the AFSA or CAJAC Secretariat is informed. The Secretariat will administer the matter, appoint an arbitrator or three arbitrators, advise which rules are applicable, arrange a neutral facility for the arbitration and any supporting services required. Disputes under this system are assured of a disciplined and efficient process and a resolution of high quality.

Many countries in Africa are fast adherents to arbitration but, Beukes says, an active and supportive business community, with international connections is key to the success of a country becoming an international arbitration hub.

In Kenya Aisha Abdallah, a partner at Anjarwalla & Khanna, is an arbitration specialist who recently went public with calls for transparency on arbitration processes to give firms confidence in using them.

Parties wanted more certainty around the anticipated length of processes or delays for appropriate planning.

Abdallah also called for more African courts to express their pro-arbitration stance and for arbitration bodies to publish statistics around cases to give additional comfort to parties wanting to utilise these services.