According to Nigerian law, court judgements should be made available seven days after delivery, but this is far from the reality in most courts, where their release can be delayed for weeks or months. This unfairly prejudices those involved, writes Alfred Olufemi. 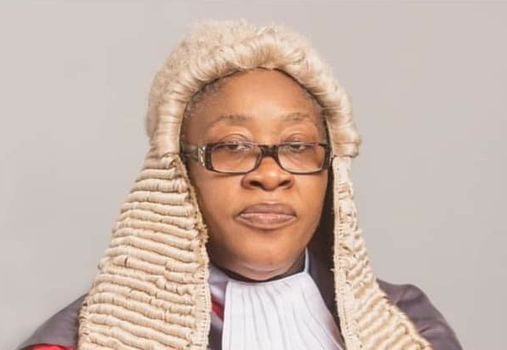 On 27 July a Nigerian human rights lawyer, Inibehe Effiong, was sentenced to 30 days in prison by the Chief Judge of Akwa Ibom State, Ekaette Obot. Effiong, who was at Obot’s court to represent a client sued for defamation of character by the Akwa Ibom Governor, was accused of contempt and unruly behaviour by the judge.

Obot's verdict has been condemned by the Nigerian Bar Association and other members of the bar who faulted her procedure. The NBA president, Olumide Akpata, noted that Justice Obot did not follow due process in the committal proceedings. He added that Effiong was not put in the dock, given fair hearing or “even an opportunity to recant or purge himself”.

In order to appeal Justice Obot's verdict in a higher court, the incarcerated lawyer needed true certified copies of the court records, but they were not released until weeks later.

According to Section 294 of the Nigerian Constitution, authenticated copies of the court’s decision must be available to affected parties within seven days.

“Every court established under this Constitution shall deliver its decision in writing not later than 90 days after the conclusion of evidence and final addresses and furnish all parties to the cause or determined with the duly authenticated copies of the decision within seven days of the delivery thereof,” the law stipulates.

After waiting three weeks for the certified copies of Obot’s decision to commit the lawyer to prison, Effiong filed a suit against the judge on 15 August. Effiong’s attorney, Femi Falana, asked the court for an order directing Justice Obot to furnish the applicant with a copy of the judgement delivered on 27 July. He argued that the judge’s refusal to release the conviction order is a violation of Sections 36 and 294 of the law.

Less than three days after the suit was filed, Justice Obot released the records of the 27 July proceedings and the conviction order. The judge also recused herself from the case, stating that she will reassign the case when Effiong finishes his prison sentence.

Some lawyers speculated that the delay in getting the certified copies of the court records in Effiong’s case was a power play between the bar and the bench, but this type of delay is not peculiar to Obot’s court.

These delays, which many judges blame on a shortage of manpower and a lack of the right information- and communication technology facilities, have cost many people their right to appeal judgements.

In some cases, corrupt court officials are directly responsible for the delays; they expect applicants to bribe them before doing the necessary work.

A recent investigation published by The Cable, a Nigerian newspaper, exposed the shady practices perpetrated by judicial officials who demand unofficial “fees” before issuing documents and certified true copies of court rulings in Lagos, Nigeria’s commercial hub. The end result is long-delayed justice for the affected parties.