A Kenyan government official, who stood up against a corrupt “land grab” and was “transferred and demoted in one fell swoop” because of it, has been awarded 3.5 million Kenyan Shillings (about £24 700) in damages. Tania Broughton reports. 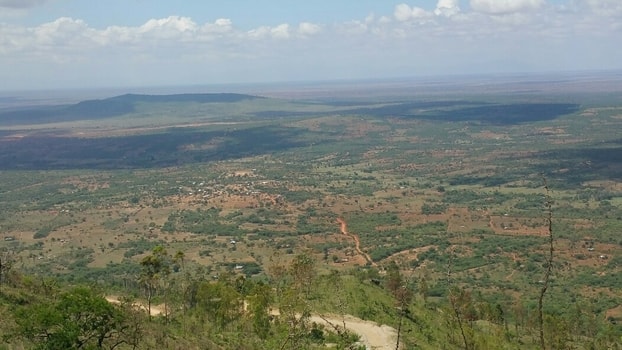 Rachel Mutheu Ndambuki, the public officer in charge of the survey office in Taita Taveta County, was punished for doing her job: promoting and protecting the constitutional order and the rule of law, Judge James Rika, sitting in the employment and labour relations court in Mombasa, has ruled.

Ndambuki was appointed to head the office in 2017.

Two years prior to that, the family of President Uhuru Kenyatta donated 2224 acres of land to “resettle” about 850 squatters who were already living on it and, consequently, the Ziwane Settlement scheme was created through which each squatter was given two acres of land.

Most had received their title deeds when she took up office but she discovered that about 40 plots had not been properly allocated and some of the genuine squatters had not been given land.

In July 2018, the deputy Taveta county commissioner prepared a list of “third parties”, proposing they be given the land.

Ndambuki refused to get involved: She said they were not on the original beneficiary list and the plots identified were already occupied.

She responded and heard nothing else until February 2019, when she received a call from the cabinet secretary who made the same allegation.

She again explained that she had played no part in the “land grab”. But two days later she was transferred to a junior position in the Garissa Survey office, located in an area considered dangerous for women and far away from her family.

Ndambuki went to court later that month, securing an interdict stopping her transfer.

But, Judge Rika said, the Cabinet Secretary did not comply. Later in the year, she was found to be in contempt of court, was fined 250 000 Kenyan Shillings (£1766) and “banished” from proceedings until she paid it.

The fine remained unpaid and Judge Rika refused to hear arguments from the government respondents when the matter came again before the court in September this year, in a petition in which Ndambuki claimed contraventions and threatened violation of her constitutional rights and fundamental freedoms and employment laws.

He said he could “safely conclude” that Ndambuki had been an impediment to “certain vested interests” fronted by the deputy county commissioner and that she was transferred and demoted because she was protecting the genuine squatters.

“The respondents have shown scant regard for the rule of law, first by transferring her, then disregarding the interim order and by not paying the fine,” he said.

“There were multiple violations  of a grave nature,” he said, awarding her general damages and reinstating her to her position at the Taita Taveta office  without any further “undue interference”.