Two Ugandan judges have been sanctioned by the US government for their alleged involvement in an “adoption scam”, which saw local children being adopted by unwitting US citizens. Tania Broughton reports. 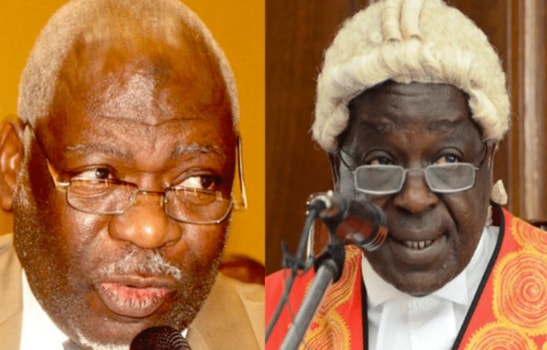 Justin Muzinich, deputy secretary of the US Treasury’s Office of Foreign Assets Control (OFAC), has named an attorney and her husband as being involved in the scam in which they are accused of enriching themselves after exploiting “the good faith of Ugandas and Americans”.

In a statement, Muzinich said the US would continue in its efforts to “expose individuals who violate human rights across the world”.

It alleges that young children were removed from their families with promises that they would receive “a special education”.

Unbeknown to their families, they were put up for adoption.

The adoption agency used Mirembe’s law firm to handle the legal aspects, in some cases through the manipulation and falsification of court documents.

“The law firm promised parents that their children would be moved to Kampala and looked after by missionaries while being educated.

“Once removed from their homes, many of the children were placed primarily into unlicensed children’s homes and appeared in court as though they were orphans.

“Unwitting American prospective adoptive parent(s) would then arrive in Uganda to adopt the children and take them back to America.”

It is alleged that Mirembe and Ecobu “facilitated multiple bribes” to the two judges and other Ugandan government officials.

Miremebe negotiated a “flat fee” with Musene for processing the adoptions and, in at least one instance, she met directly with him to arrange an additional amount of money for him to expedite a court hearing.

Muzinich said all property, and interests in property, of the four, and any entities owned by them in the US, were now blocked and visa restrictions, barring entry to the US, had been imposed on the two judges.

The sanctions were imposed through the Global Magnitsky Human Rights Accountability Act, signed in December 2017 because of the prevalence of human rights abuse and corruption that have their source, in whole or in substantial part, outside the United States and which was of such gravity that it threatens the stability of international political and economic.

“The United States seeks to impose tangible and significant consequences on those who commit serious human rights abuse or engage in corruption, as well as to protect the financial system of the United States from abuse by these same persons,” Muzinich said.

“These individuals’ actions also resulted in the submission of false documentation to the Department of State for consideration in visa adjudication, a falsification the Department will not tolerate.”