Private Schools in South Africa will have to rethink how they do business after a landmark legal ruling aimed at protecting the best interests of the child, reports Tania Broughton.

Two years ago a Durban-based dad was outraged that teachers at his 10-year-old son’s privates school refused to allow him to write his mid-year exams because of outstanding school fees.

A teacher at a government school, the dad - who cannot be named to protect the identity of his son - approached the Durban High Court without legal representation arguing that the school was wrong.

By the time the matter was to be heard the issue had been resolved. After an offer to pay off what was owed in instalments was rejected by the school, the family cashed in an insurance policy and paid what was outstanding - a relatively minor sum of R3 800.

And their son was allowed to write catch up exams.

But the father insisted that the matter be heard on principle – and, this week, Durban high court Judge Mokgere Masipa ruled in his favour saying the fact that the “exclusion” policy had been applied for years did not make it correct or acceptable.

“It may be that it lacked a brave person like the applicant to challenge it,” she said, declaring the policy unconstitutional and invalid.

Essentially, she said, private schools - of which there are 760 in South Africa - cannot exclude children from school or from writing exams because of unpaid fees without following “fair procedure”.

This included taking into account the rights of children.

In essence, she said, they cannot and should not be punished for the sins of their fathers.

“While it is accepted that independent schools are autonomous, this does not exclude them from the operations of law and the Constitution,” Judge Masipa said.

“The best practice would be to engage in collection methods that do not impact on the child’s best interests….and this must be done in a manner which does not victimise or humiliate the learner,” she said.

The one in the spotlight was John Wesley School in Pinetown. Its legal team argued private schools, whose sole source of income is school fees, could be not be expected to educate “on risk”, and wait for a litigation process to unfold.

The parents had elected to educate their child at a private facility and had signed a contract regarding fee payments.

Two Durban-based advocates were appointed by the judge as “friends of the court” to represent the boy.

In written argument, they described the “exclusion policy” as “breathtakingly offensive” - calculated simply to pressure parents and punish the child who, in this instance, had sat by himself in the art centre while his classmates wrote the exams.

They said independent schools should rather sue parents for fees, rather than victimise and humiliate learners.

“His parents’ trauma at not being able to pay his school fees (because of a short-term financial issue) on time should not under any circumstances be visited on him. Only the interests of the school, and not the learner, were taken into account.”

The advocates said the school’s conduct was appalling and could not pass Constitutional muster.

“Isolating the child in the art room while he should be writing an exam is not only victimising, but also extremely humiliating. His co-learners would be curious to know why he did not write the exam… confessing that his parents had not paid the fees must be excruciatingly humiliating.

“In this case, the child had done absolutely nothing wrong. He was a well behaved diligent learner.”

She said the Constitution required that independent schools act in a manner which does not minimise or harm a learner’s right to basic education.

“While a school has a right to exclude a learner who, for example, has contravened the code of conduct, or where fees are owed, this can only be implemented after following fair procedure and taking into account the best interests of the child,” she said.

Such a fair process could include giving adequate warning, arrangements for the fees to be settled and an opportunity to enroll the child at a new school.

It would have been fairer, she suggested, if the child’s report had been held back until the fee issue was finalised, rather than refusing to allow him to write his exams.

She accused the school of taking a “robust approach” instead of negotiating with the parents.

“While it may be correct that the parent’s financial difficulties are not the school’s concern, there may be instances where there is a reasonable explanation,” she said. 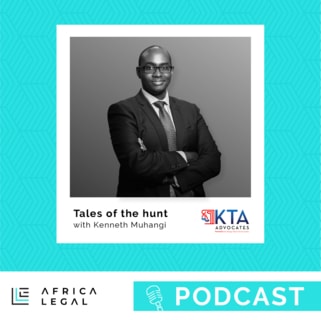 ‘Tales of the hunt’ with Kenneth Muhangi Read more

A Driver of Growth Read more