Every year in June South Africa’s Mail and Guardian media group releases its list of 200 outstanding citizens under 35. This is to coincide with the country’s “Youth Month”. Itumeleng Mukhovha, from Baker McKenzie, was one of the 200 this year. Here she talks about her passion for the law and how she is determined to make a difference in Africa. 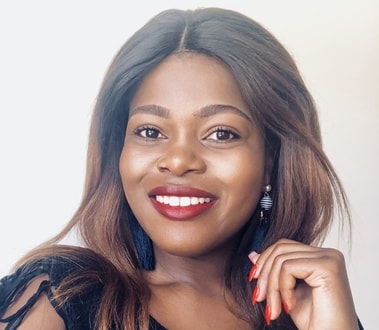 Itumeleng Mukhovha, an associate in Baker McKenzie’s Corporate/M&A Practice Group, has been nominated by the Mail & Guardian as one of its 200 outstanding young South Africans for the work she is doing to make a difference in South Africa.

Itumeleng says that some of the socio-economic challenges facing South Africa include lack of access to justice and education for people from poverty stricken communities. To create solutions to these challenges, she is involved in a number of non-profit and community based initiatives, which include volunteering at the Pro Bono office at the High Court of South Africa, Local Division, Johannesburg; volunteering her time to tutor primary school learners from disadvantaged schools in Katlehong, as well as being a committee member of the Baker McKenzie bursary committee.

“I believe that effective access to justice ought to be regarded as the most basic human right of South Africa’s legal system, which purports to guarantee constitutional rights to every member of society. The absence, or restriction to access to justice, prevents people from exercising their rights, challenging discrimination and deprives people of real equality of law. Moreover, I truly believe education is of fundamental importance in building sustainable communities and is a prominent instrument in reducing and breaking the vicious cycle of poverty,” she says.

Despite numerous personal challenges, Itumeleng knew that education would aid her in realising a better future. Her life story is one of humble beginnings, hope and great aspirations.

“During my early 20s, I struggled with challenging the perceived orthodoxies of social anthropology and the stereotypical image of a woman.

“I studied certain academic literature, including literature by Ifi Amadiume and Chimamanda Ngozi Adichie and heterogeneous theories on feminism, to understand how social and economic changes in both colonial and post-colonial Africa continue to undermine women’s status and reduce their social, political and economic roles.

“The invaluable knowledge and insight gained from the literature on feminism has encouraged me to debate and ridicule the exclusion of women from large areas of social participation, question the link between different physiological characteristics and “natural” differentiation in social roles for men and women and begin to formulate ways to overcome it,” she explains.

Itumeleng obtained both her  LLB and LLM degrees from the University of Johannesburg.

Itumeleng says that her desire to study law was firmly rooted in a fascination with solving problems, resolving conflict, formulating legal strategies and the immense contribution it makes to society.

“The legal profession allows me to be in a position to help others and corporate organisations and further the public good,” she says.

Itumeleng has also completed a number of research fellowship programmes at various international institutions, including, Pembroke College, Cambridge University, United Kingdom and the Hague Academy of International Law, Netherlands. In addition, she has been awarded various honorary awards which include being part of the 15% elite top-performing students by the Golden Key International Honour Society;  an African Scholar of the Africa Institute of South Africa; and an African Scholar of the Harry Frank Guggenheim Foundation, United States of America.

“My education and training experiences, both locally and internationally, have opened up new opportunities for me. Education has helped me form and fortify innovative ideas and build on them in order to give back to destitute communities.  However, I believe that continuing to learn outside the classroom is just as important. My passion for knowledge and inquisitiveness has helped me broaden my outlook on life, various social, political and economic issues facing the world, enhance my levels of creativity, understand the world we live in,  gain new information, hasten my success towards certain goals and incessantly develop and challenge my mind,” she explains.

In her spare time, Itumeleng enjoys reading about emerging economies in sub-Saharan Africa, African history, women empowerment and various political and economic topics. She also enjoys running and she travels a lot.

“I have become engrossed in discussions (both formal and informal) regarding the impoverished state of Africa and its appalling underdevelopment. In this regard, I am constantly exploring different and innovative approaches that can help bridge the gap between Western values and principles on the one hand, and traditional African values and principles on the other, in view of building inclusive economies in Africa.”