The issue of child brides in Africa – under the guise of either cultural or religious practices – has come under the spotlight in South Africa, and a 32-year-old man who took a 14-year-old as his potential bride, is now serving jail time for rape. Tania Broughton reports. 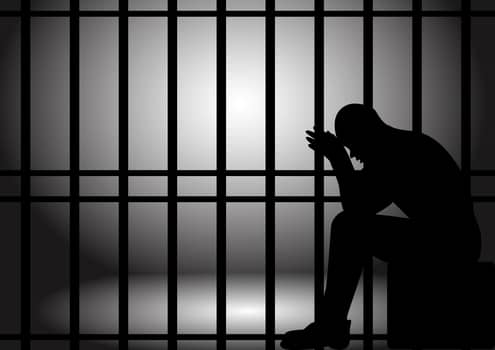 An elder of the 12 Apostles Church in Eshowe, KwaZulu-Natal, who arranged the union, has also been jailed for contravening the rights of the young girl.

KwaZulu-Natal judges Khosi Hadebe and Mohini Moodley, recently dismissed an appeal by Jabulani Emmanuel Mbhamali against his rape conviction and 18-year sentence handed down in the regional court. Referring to similar cases on the continent, the judges said forced child marriages were a huge problem which had infiltrated most of the African union countries in the southern hemisphere and South Africa had not been spared.

“If these undesirable child marriages are not achieved through … the aberrant ukuthwala custom (abduction of young girls to be forced into marriage), it is done under the guise of the church, as it is evident what happens in the Apostolic Church, as it has happened in the matter before us,” they said. “It seems clear that courts have to be the buffer between these young women and their families and the religious sectors they belong to.”

The judges said the regional court magistrate who presided over the trial had been correct in convicting both Mbhamali and his accomplice, referred to only as Mrs Phakhati.

Evidence before the court was that the victim, who was being raised by a single dad, had been living with Phakhati when she told the girl she had found her a husband. The victim said she had dismissed it as a joke. However, Phakathi had taken her to Mbhamali’s house where the victim had been forced to have sex with him, clean for him and take care of his mother. The victim was threatened with violence if she refused.

During the holidays when the girl saw her father she told him what was happening. Social workers and the police got involved.

While Mbhamali claimed he was not aware that she was underage, the judges said even his own mother had commented that she was “too young”. He had responded: “Would you rather I have an old goat for a bride?” In his evidence during the trial he had also stated “that thing looked small and young”.

The prosecutor labelled the matter as one “bordering on human trafficking”. The judges said the unwillingness of some countries, such as Zimbabwe and Malawi, to put in place and legislate instruments to protect young women was worrisome and until they did, child marriages would continue unabated.

They referred to the matter of Zimbabwean Memory Machaya, who was 14 when she died during childbirth in July this year. It was reported that her relatives told Human Rights Watch that the church was planning on giving the man the church considered to be Memory’s husband a nine-year-old girl as a “replacement”.

“The courts have to be relentless … they should continue cracking the whip until the law against these marriages is entrenched … to stand their ground in fighting these evil practices that perpetuate the abuse of these defenceless young girls,” said the judges.