For more than three decades Olatowun Candide-Johnson worked in legal practice, general administration, projects and general management. In retirement, her passion is to make an impact in the lives of professional women. She spoke to Ife Ogunbufunmi. 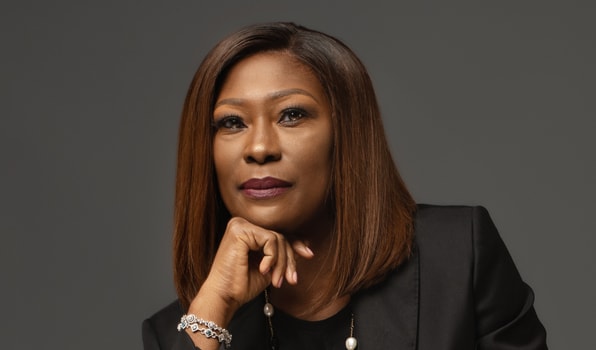 Candide-Johnson began her legal career in 1985, right after obtaining her undergraduate law degree from the Holborn College, University of London. Years later, as she took on senior managerial roles, she obtained the TRIUM Executive Global MBA, awarded by the London School of Economics (LSE), the NYU Stern School of Business and HEC Paris.

Until December 2016 when she retired, she was the General Counsel and Chief Compliance Officer for Total Upstream Nigeria Limited.

In 2018, she founded the GAIA Women Club, a members’ only business and social club for women in the heart of Lagos (Victoria Island). This was to fill the yawning gap for a third space for “professional” women to relax, express themselves privately and without inhibition and to productively do business together. Interestingly, GAIA is a named coined from Greek mythology that means “mother earth”.

“I think that even as a corporate executive, I tried to corral the productive genius of women in a male-dominated, and sometimes unfriendly environment. After I left corporate, the idea seemed to grow wings. My instinct, and the developing environment, made the idea even more compelling. Now, more than ever, working women need spaces to connect with one another and encourage each other to grow and make business deals,” she says.

Candide-Johnson understands that Nigeria (and indeed, Africa) continues to produce leading women who design and define the business and social space and contribute massively to the overall economy.

But, it was when she has noticed that women do very little business together, for various reasons, that she decided to change that dynamic by addressing some of these challenges in a “safe space”.

“The need for more ‘women-centric’ spaces, where women can also broker million-dollar deals, led to the creation of GAIA,” she says.

On the objectives of GAIA Women Club, she says, “Instead of viewing other women as competition, GAIA is hoping to change the conversation and encourage members (and the world at large), to see fellow women as serious economic actors, potential business partners and collaborators.”

Starting an initiative of her own has not been without its challenges. Candide-Johnson highlights raising funds as a pain-point.

“Funding is a huge challenge; I’m living this now and I can testify! I imagine that if 20 women, who have self-funded their businesses, are asked today if they would have started the same businesses (if funding was not an issue), I am willing to bet that they would have opted for more capital intensive businesses, with higher risk. By the way, I think it’s a fallacy that women are more risk averse.”

She believes in the power of working together to create incredible possibilities. In GAIA, she wants an environment that is “nurturing, accepting, supportive, collaborative and money making”.

When asked why a successful legal professional like herself has moved so far away from law, her response every time is, “It was time”. The GAIA Women Club comprises members across multiple industries, including senior members from the Nigerian legal profession.

“The truth is, my list keeps growing by the day!”

In her downtime, you will find Candide-Johnson working out in the gym, watching a good movie or spending time with family and friends.

For lawyers looking to make an impact alongside active legal careers, she says, “Be diligent, authentic and open to learning and acquiring greater knowledge. Expand your skill set. Above all, as you grow and start managing others, be empathetic.” 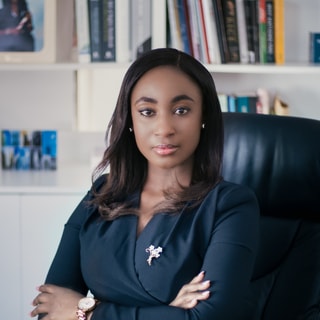