Is there a danger of South Africa becoming a failed state? Professor Devenish's latest letter to Africa Legal

Professor Devenish reflects on the current political problems facing South Africa as it stumbles from the Zuma-era. It is time, he says, for politicians to show some strong leadership. 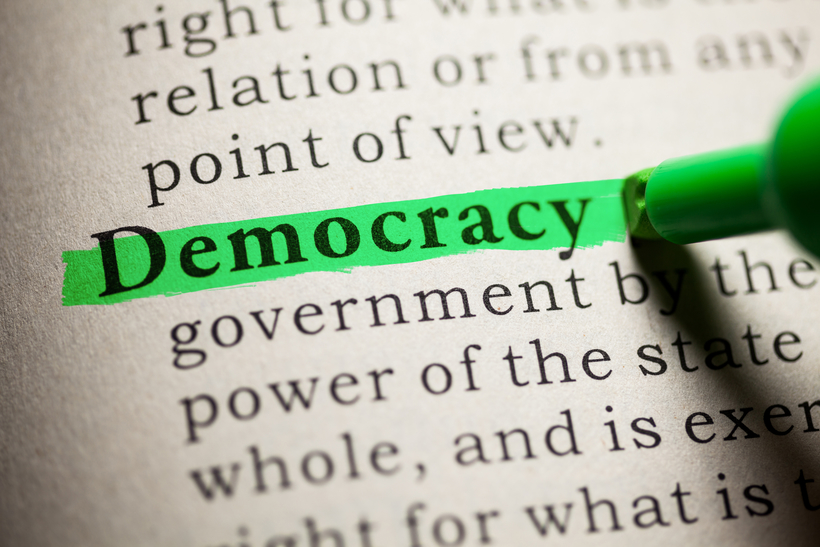 In a most courageous and honest address, Trevor Manuel, an erstwhile and competent finance minister in South Africa for more than a decade, giving the keynote speech at a public lecture last Wednesday at the University of the Western Cape under the auspices of the Thabo Makgoba Development Trust, declared in unequivocal terms that: ‘I make no apologies for sharing my view that the presidency of Jacob Zuma was a total disaster for South Africa’. Manuel also stated that Zuma had left the country with the biggest challenge yet since democracy and the challenges would continue to arise.

In this regard he also said: ‘One only has to assess the extent of destruction of key state institutions, especially in the criminal justice and state security institutions. In addition, virtually all of the State-owned corporations (SOCs) have been bankrupted by the awful combination of corruption and mismanagement. Given the vast sums of money that will be needed to support the SOCs, the delivery of basic services to address inequality will be compromised.’

Manuel explained that it was already evident that the spending available per capita in both education and healthcare had fallen quite rapidly. In this regard he said that ‘Hospitals are not functioning properly, school feeding programmes in many districts have been discontinued, and we still have children relieving themselves in the veld outside the school because there are no toilets.

As far as the administration of government under the Zuma presidency is concerned he said: ‘We have seen incompetent ministers appoint unqualified DGs (directors-general) in many departments, happy that competent and dedicated professional public servants had been driven out.’’

As a result there are far too many departments both provincial and national as well as local governments that are dysfunctional. Although South Africa is most certainly not a failed state we face very formidable challenges. Political parties, especially a governing party like the ANC, have as their principal function and aim to govern the country by addressing and solving its problems, not to create problems. Under the Zuma presidency it is manifestly apparent that it created and contributed to inordinate problems of corruption and maladministration, epitomised by the phenomenon of state capture and rampant corruption, instead of addressing the problems of poverty, unemployment and the unequal distribution of resources. In the North West Province, serious political infighting has virtually paralysed the administration of the province and section 100 of the Constitution has had to be invoked thereby permitting national intervention in this province in an unprecedented manner. In the province of KwaZulu-Natal the political murder of ANC officials continues unabated causing political havoc and uncertainty about its proposed provincial conference. There is dissent and uncertainty in other provinces and serious and violent service delivery protests virtually every week as well as rampant crime all over the country.

Unfortunately in the City of Cape Town, governed by the DA, which is at present involved in serious factional dispute with the Mayor, Patricia De Lille, instead of using its political energy to resolve the problems of its residents. This is most unfortunate, since before this damaging dispute the DA administration had a good record of competent and honest local government. There seems indeed to be something fundamentally wrong with our political parties. To use a famous Shakespearean metaphor: Something is rotten in the state of Denmark.

Some of the smaller parties, like the EFF and BFLF tend to use fascist tactics and hate speech that do not contribute to a constructive resolution of our political problems and exacerbate unrest and violent service delivery protests for mere party political advantage. They also need to be called to account in no uncertain terms.

As far as the ANC is concerned it is in the process of transformation from a liberation movement to a political party. In so doing it is struggling to come to terms with its new role. Its credentials as the liberation movement of, inter alia, Mandela and Tambo, may not prove sufficient to win in the general election of 2019 and it may not secure more than 50% on the national vote. If this occurs our country will then embark on the politics of coalition government, which will have enormous challenges.

The Ramaphosa administration which promised a new dawn and hope for our beleaguered country is struggling to contain unruly elements in the ANC and needs to manifestly exercise its authority to govern effectively and bring order and stability to this party. Such exercise of authority is essential for stability and good governance in South Africa. It must be remembered that liberty is distinguishable from license.

All the political parties will be soliciting votes for the general election of 2019. In this regard the ANC has chosen the slogan Thuma Mina or ‘send me’ for its election campaign. It is essential for the continuation and health of our democracy that the electorate hold the ANC accountable for the present state of political turmoil and discontent and demand an explanation and indeed an apology for the endemic corruption and maladministration of the Zuma era and not merely accept empty promises. The same applies to the DA which is governing in Cape Town and the Western Cape. It must explain the dissension in its ranks relating to the De Lille debacle.

South Africa is a country of inordinate promise and potential. It needs competent, inspired and honest government in all three spheres of administration. If our political parties are weighed at the present time, it is submitted, they are found to be seriously wanting. They need to be told this in unequivocal terms. Our beloved country and people deserve far better political leadership. To a lesser or greater extent the political parties, particularly the governing ANC, are manifestly part of the problem, rather than contributing to the resolution of our formidable challenges. This must change for the good of the country and the continuation of our fledgling democracy provided for in our exemplary Constitution and its Bill of Rights.